This article also features in Oman Search Page. Read more about this report and view purchase options in our online store.

Oman’s economy was heavily reliant on hydrocarbons when the pandemic began, creating fiscal pressures as demand and prices fell. However, the country was able to rely on a well-capitalised and regulated financial services system to maintain macroeconomic stability, and years of sustained investment in the public health system helped it cope with the sudden demands of a medical crisis.

The year 2020 marks the 50th anniversary of the establishment of the Sultanate of Oman, making it the longest continually independent Arab country in modern history. The year also marks the passing of Sultan Qaboos bin Said Al Said, who died on 10 January. He is succeeded by his cousin and the former minister of culture, Sultan Haitham bin Tariq Al Said.

Special Reports on the GCC

Vision 2030 includes social development initiatives to empower micro-, small and medium-sized enterprises (MSMEs) and citizens, promote entrepreneurship and widen access to financing. Meanwhile, the Kingdom committed to net zero in 2021, and retains a focus on responsible governance for sustainable development.

Guided by the Vision 2030 strategy for diversification, rapid advancements are being made in Saudi industry, mining, logistics and renewable energy. As the Kingdom works towards reaching net-zero carbon emissions by 2060, corporations and supporting bodies such as the Saudi Industrial Development Fund are taking actions to reduce their carbon footprints and adopt clear environmental, social and governance (ESG) policies to ensure future expansion is sustainable and inclusive.

Report: The future of sustainable finance in Kuwait’s banking sector

The regulatory landscape for Gulf financial service providers is changing, with growing awareness of the need for banking institutions to adopt sustainable finance frameworks and responsible lending and operational practices in order to manage risk and attract international investment.

With the publication of its National Environment and Climate Change Strategy in 2021, Qatar has recognised that a proactive and holistic approach is needed to meet the challenge of global warming and environmental degradation. The adoption of circular economy principles is central to its goal of achieving a more sustainable economic model, with waste materials from production and distribution across a broad range of activities being collected, treated and recycled back into the value chain as cleanly as possible.

Report: The road to a zero-emission automotive industry in the Middle East and Africa

Automotive stakeholders are increasingly aware that the business-as-usual scenario that has sustained the industry for more than 100 years is no longer tenable. Regulatory changes and emissions-reduction targets at the national and global level are spurring a pivot to low-carbon and zero-emissions vehicles. 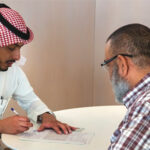 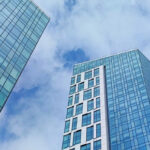 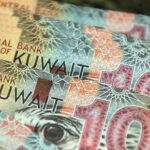 Report: The future of sustainable finance in Kuwait’s banking sector 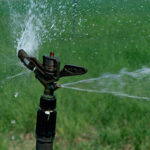 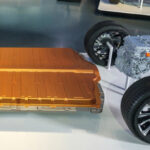 Report: The road to a zero-emission automotive industry in the Middle East and Africa

Economic News & Views on Oman and the GCC

On corporate governance in the GCC and business opportunities in Africa

In a year of global economic uncertainty fuelled by inflation, geopolitical crises and supply chain insecurity, the Middle East witnessed a second consecutive year of economic growth, with countries in the region investing in new technologies and projects that could herald greater integration in the years ahead.