This article also features in Mauritania. Read more about this report and view purchase options in our online store.

While Mauritania has been hard hit by the Covid-19 crisis, it is charting a course to economic recovery and resilience. Leveraging its ample natural resources, Mauritania is working to add more value to traditional sectors such as mining, agriculture and fisheries, while also seeking new sources of revenue to achieve sustainable and inclusive growth and job creation, particularly for young people.

Mauritania sits at a historic trading crossroads between North and sub-Saharan Africa, and boasts a rich commercial, cultural and religious history.

Mauritania, which has historically been classified as a subsistence economy, is working to add value to traditional industries and leverage new sources of revenue to create sustainable and inclusive growth.

The discovery and subsequent development of the Greater Tortue Ahmeyim natural gas field on the maritime border with Senegal has brought Mauritania’s economy to an important turning point. With first gas in the $4.8bn project backed by BP and Kosmos Energy expected in 2023, the government is set to receive a vital new injection of tax revenue that could help make the long-held goal of economic diversification a reality.

Over half of Mauritania’s population derives its livelihood from fishing and raising crops and livestock, indicating the potential impact of the expansion of agri-business value chains on the economy.

The Ministry of Petroleum, Mines and Energy (MPME), which leads the energy sector, has the primary objec-tives of boosting equal access to energy, developing low-carbon solutions, and positioning the sector as an engine of growth and job creation. The Regulatory Authority issues licences, which are approved by the MPME, and ensures adherence to the 2001 Electri-cal Code. 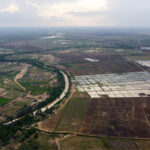 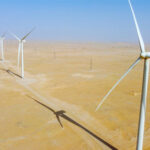 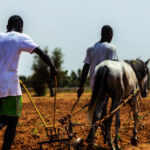 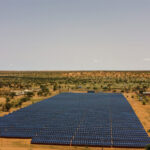 On the country’s post-pandemic economic mission

On strategies to attract investment, improve infrastructure and support businesses

On opportunities for increased cooperation 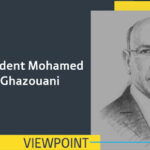 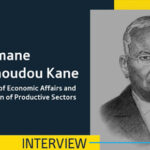 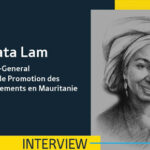 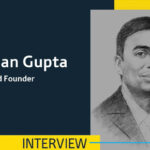 Focus Report: How can agriculture in Africa meet the challenges of the future?

While Africa has the potential to feed the world's population in the coming years, in order to accomplish this, land must be developed sustainably by addressing pressing issues such as deforestation and inefficient agriculture practices. This focus report explores avenues to boost productivity through circular and green economy practices, such as water reuse and converting organic waste into productive inputs, alongside climate-smart interventions.

Oxford Business Group has recently launched its “Morocco Economic Recovery Report”, produced in partnership with the Moroccan Agency for the Development of Investment and Exports (AMDIE). The study provides an overview of Morocco’s post-pandemic economy, presenting a summary of the measures implemented by the government as well as the initiatives of the private sector to stimulate business and in particular attract foreign direct investment.

Economic zones in Africa have had a significant impact on trade volumes across the continent, as well as on job creation and foreign direct investment inflows. The African Continental Free Trade Area agreement presents an opportunity to extend the activities of these zones and promote intra-African trade, developing regional value chains and industrial complementarity in the process.

Industrialisation is key to Africa's integration and future economic growth

In this Global Platform video Kojo Aduhene, CEO of LMI Holdings, emphasises the importance of industrialisation for the African continent, as well as the key role the private sector can play in securing the necessary infrastructure. Regional integration, sustainability and job creation will be key to future growth.

Oxford Business Group has now launched The Report: Côte d'Ivoire 2022. This Market Profile video highlights Côte d'Ivoire’s transition to one of the most dynamic economies in the ECOWAS. Thanks to its stable political environment, recent regulatory and financial reforms, and ongoing infrastructure development, the country is attracting domestic and global interest in sectors such as banking, telecommunications, energy, real estate and mining.

Focus Report: How Benin is attracting investment through industrial transformation

Although Benin is known as a cotton producer and is actively working to boost value-added activities in the textiles and garments sector, the country has also been looking to increase its industrial footprint more broadly, leveraging large-scale projects to expand its energy and transport infrastructure and develop special economic zones (SEZs). Momentum for such projects stems from a June 2017 law outlining regulations for the creation, operation and maintenance of SEZs to boost Benin’s industrial capacity, attract foreign investment and capture more export revenue.

Recent years have seen renewed policy focus on agriculture as an important source of revenue for a diversified Nigerian economy, with plans to revitalise the sector centred on increasing local production and improving the value chain.The report looks at the key role of agri-tech in supporting the country’s efforts to ensure food security for its growing population and create a more diversified, industrialised economic base.