This article also features in Energy Sector. Read more about this report and view purchase options in our online store.

Kuwait is largely reliant on oil for exports, government revenue and GDP contribution. The country is therefore particularly sensitive to fluctuating global hydrocarbons prices and the long-term...

As the country returns to robust economic growth and its population expands, electricity demand is set to rise. At the same time, new offshore discoveries promise a brighter future for the hydrocarbons sector, while the renewables segment will be instrumental in helping Côte d’Ivoire achieve its clean energy goals and improve access in remote areas.

Special Reports on the Energy Sector

Report: What is the post-Covid-19 outlook for GCC chemicals and petrochemicals?

The GCC chemicals and petrochemicals industry demonstrated considerable resilience in the face of Covid-19 and oil price fluctuations.

Indonesia’s environmental, social and governance (ESG) and UN Sustainable Development Goal (SDG) priorities centre on the affordable transition to renewable energy, socio-economic growth beyond Jakarta, and improved governance in both the public and private sector. 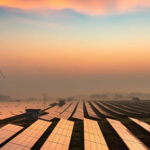 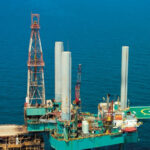 Report: What is the post-Covid-19 outlook for GCC chemicals and petrochemicals? 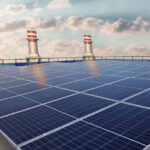 Kuwait is largely reliant on oil for exports, government revenue and GDP contribution. The country is therefore particularly sensitive to fluctuating global hydrocarbons prices and the long-term financial risks associated with the global shift towards lower-carbon sources of energy. Transitioning towards a more diversified and sustainable energy mix is an ongoing challenge for the country, as for much of the region, in light of the industry’s long-standing history and key contributions to the economy.

As part of KPC’s 2040 strategic plan we aim to increase the production of oil to 4m barrels per day (bpd) and gas capacity to 4bn standard cu feet per day (scfd) by 2040. Achieving and sustaining these targets will be largely dependent on implementing a substantial capital investment programme to cover our upstream, midstream and downstream...

To address one of the highest rates of per capita energy consumption globally, the government of Kuwait is taking a multi-pronged approach involving the reduction of subsidies following the rollout of incentives for green energy solutions and national energy efficiency initiatives in 2016-17.

After opening 2022 at around $78 per barrel, Brent crude prices rose sharply over the next few months to surpass $127 on March 8 – the highest price in 14 years, driven in part by Russia’s invasion of Ukraine. Prices remained elevated throughout much of the year, although they had returned to early January levels by early December amid growing fears of a global recession and weakening demand. The US Energy Information Administration estimated that month that the average Brent crude price for the year would...

In this Growth & Recovery video, powered by technical solutions provider and engineering firm JESA, we explore opportunities to leverage investment and expertise to develop critical power infrastructure in sub-Saharan Africa.

The energy transition continued apace in 2022 despite Russia’s invasion of Ukraine, ongoing disruptions to global supply chains and inflationary pressures – all of which translated into high energy prices around the globe.

ESG transition in the petrochemicals trade

Among the sustainability challenges facing the global petrochemicals industry is the difficulty measuring Scope 3 carbon emissions along the supply chain. This challenge is particularly pressing for petrochemicals trading companies who must engage with a range of external stakeholders while making strategic decisions on the future of their shipping fleets and the optimisation of trade routes.

Biogas and biomethane could bolster the green circular economy

Countries around the world are turning to biogas and biomethane to enhance their energy and food security and jump-start their circular economies.

Can grid expansion keep pace with the coming surge in solar power generation?

As the capacity to generate wind and solar power continues to expand around the world, hopes of accelerating the phase-out of coal as the leading source of electricity may depend on the expansion of a less discussed but equally important part of the energy supply chain: electricity grids.

With fossil fuels still powering roughly 99% of global shipping, the sector is seeking to reduce emissions through cleaner fuel sources – including methanol, ammonia and wind – that could soon see increased use.