This article also features in The Report: Mexico 2015. Read more about this report and view purchase options in our online store.

The Mexican hotel industry has been in recovery mode since 2009, after feeling the effects of the economic downturn from the 2008 financial crisis and the breakout of the H1N1 virus in 2009. According to consultancy firm Jones Lang LaSalle (JLL), the industry posted average annual growth of 4.7% on occupancy rates and average daily rates in the period from 2009 to 2014, while revenue per available room grew at an annual average of 9.5%.

Six consecutive years of improving performance has, once again, raised investors’ interest, while the introduction of public investment vehicles is changing the market dynamics.

The industry’s total transaction volume increased from a low of $100m in 2009 to nearly $600m in 2013, according to JLL. Meanwhile, 2014 saw a slight decline in transaction volume to nearly $500m, reflecting investors’ focus on new developments and the limited number of full-service purchase opportunities, rather than a lack of investor appetite. Nevertheless, the industry’s fundamentals remain solid.

JLL forecasts the hotel transaction volume to post growth of 10% in 2015, exceeding $530m, and moderate revenue-per-available-room growth of 5-6%. According to the Ministry of Tourism, the national occupancy rate averaged 60.7% in 2014, having increased from 55.6% in 2013, and stood at 60% in the first eight months of 2015. Gerardo S Murray, the vice-president of distribution and commercial marketing for Mexico and Latin America at InterContinental Hotels Group (IHG), one of the largest hotel groups in the country, with a total of 133 hotels as of early 2015, told OBG, “The year 2014 was a real recovery year, with room rates increasing by an average of 8% at the national level and 12% for IHG.”

The industry’s healthy performance in 2014 as well as the positive outlook for the tourism sector are driving investment. “Several hotel chains are pursuing aggressive expansion plans in Mexico. The country is an attractive investment target because there is confidence in its stable macroeconomic fundamentals and investment framework, following recent structural reforms,” Murray told OBG.

As with a number of other domestic and international chains, IHG, which manages brands including InterContinental, Crowne Plaza, Hotel Indigo and Holiday Inn, is opening 16 new hotels across the country in 2015. While investment has traditionally been focused primarily on the sun and sand segment, the market is now experiencing growth across all segments, from luxury to limited service accommodation, as hotels are looking to meet increasing demand across the spectrum.

Posting occupancy rates near 80% in 2014, the Riviera Maya and Cancún remain top investment targets in the resort segment, followed by Los Cabos, Puerto Vallarta and Nuevo Vallarta, with occupancy rates of between 60% and 70%. Cancún, where the all-inclusive structure remains the most common, recorded growth of 15.5% for revenue per available room in 2014, according to JLL, following growth of 8.3% in occupancy rates.

Some 900 new rooms are expected to come online in 2015, mainly in the luxury segment. A total of 59 hotel projects were in development at the end of 2014 in the Cancún/Riviera Maya corridor, including the 86-room Capella Bahia Maroma in the Riviera Maya, the 443-room Grand Hyatt Punta Raza, the 124-room St Regis Kanai Resort also in the Riviera Maya and the 180-room W Retreat and Spa Kanai in Playa del Carmen.

Los Cabos has 700 rooms under construction, according to JLL, while a number of existing rooms are undergoing renovations after suffering the effects of Hurricane Odile in September 2014.

Other hotel development projects set to come online in the near future include the 300-room JW Marriott Los Cabos, the 500-room MGM Resort Cabo San Lucas and the 600-room Hard Rock Los Cabos.

With an average occupancy rate of 65% in 2014, Mexico City remains the country’s primary market in the commercial segment. The capital has seen annual average revenue-per-available-room growth of 11% since 2009, according to JLL. While Mexico City’s limited quality room supply (29,500 rooms) suggests ample room for growth, the market is characterised by high entry barriers, particularly in the form of increasing land costs in the more prominent neighbourhoods, such as Polanco and Reforma. This, in turn, has also led to an appreciation in the value of existing properties.

Demand for luxury hotels in Mexico City is particularly strong. Five-star hotels reached average occupancy of 75% in 2014 in the capital, compared to 65.6% occupancy rates for one- to four-star establishments. This has given upper-scale establishments an opportunity, which many are seizing.

A number of hotels, including the JW Marriot, the InterContinental Presidente and the Four Seasons are currently undergoing large and small-scale renovations. While this has temporarily limited the supply of rooms in the city in the luxury segment, it will enable them to increase room rates and gain a competitive share. Rene Aguado, director of sales and marketing at the Four Seasons in Mexico City, told OBG, “Given the limited offer of luxury accommodation because of renovations, room rates in the luxury segment increased in the double digits in 2014, between 18% and 20%.”

The increase is helping to bring room rates in Mexico City in line with other major metropolises around the world. Outside of Mexico City, Guadalajara, Monterrey, Puebla and Merida are other locations where the luxury market is particularly dynamic.

According to the secretary of tourism of Mexico City, Miguel Torruco, hotel investment in the capital is set to reach $40m in 2015, an increase of 33.3% compared to the $30m invested in 2014. This will see an addition of 450 new rooms to the capital’s room stock at present of some 50,190 rooms. However, Torruco told local media that investment could rise to $100m throughout the year, given strong investor appetite. The new facilities will be concentrated in the western part of the city, and the general trend is to build limited-service hotels and boutique hotels of less than 100 rooms each.

Outside the capital, one trend that has been growing in the past three years is mid-market options in secondary cities, primarily along the Gulf of Mexico and the Bajío region. Demand for accommodation in these cities is rising as a result of increased investment in the manufacturing and energy sectors, following recent structural reforms. City Express Hotels, focused primarily in these areas, announced plans to open 22 hotels in 2015, representing an investment of $120m. The chain’s hotel portfolio is primarily concentrated in manufacturing (42%), and petrochemical and energy areas (21%), mostly along the gulf coast. The addition will bring the brand’s total hotel number to 118 by end-2015.

The hotel market has also been shaken up by the introduction of two new investor vehicles in recent years: real estate investment trusts, (fideicomisos de infraestructura y bienes raíces, FIBRAs), which entered the market in 2011, and the certificados de capital de desarrollo, a structure composed of securities that allow investors to take part in private equity projects through long-term public funds. The new vehicles have become important active participants and have had a particularly positive effect on the market, increasing liquidity. FIBRAs have pursued an aggressive strategy of entering into partnerships with international brands and prominent hotel developers to expand their portfolio across key primary and secondary markets.

According to JLL, FIBRAs accounted for more than 40% of total hotel acquisition volume in the period from 2012 to 2014, and their share of acquisitions reached 65% in 2014. Fibra Inn and Fibra Hotel, two FIBRAs specialised in business hotels, were particularly active in 2014. Fibra Inn acquired 13 new hotels, ending the year with 31 properties and reported revenue-per-available-room growth of 4.6% for the year, with 4.9% dividend yields. Fibra Hotel also acquired 13 new properties in 2014, ending the year with 56 operating hotels and 14 under development. Its presence now extends to 27 Mexican states.

Given the current and projected increase in visitor numbers, the hotel market is expected to remain dynamic in the medium term, with average annual growth of 6% in consumer spending in hotels expected between 2015 and the end of the decade. 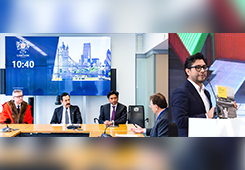 In the limelight: New cinemas, theme parks and other entertainment offerings improve the quality of life for Saudi citizens and create jobs

The cultural and economic reforms undergone by Saudi Arabia since 2016 are perhaps most visible in the entertainment sector. For over three decades entertainment and cultural outlets such as cinemas, art galleries and theatres were banned. So too were artistic practices including filmmaking and live music. Since being elevated to a position of executive importance, however, Crown Prince Mohammed bin Salman bin Abdulaziz Al Saud has lifted restrictions and targeted the creation of a vibrant arts … 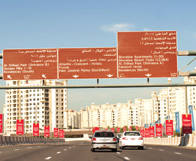 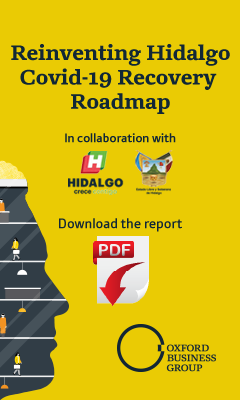