With universal health care, known locally as JKN, bringing increased access to services across Indonesia, the country’s health care infrastructure is expanding, triggering unprecedented demand for supplies, from basic laboratory equipment to advanced diagnostic machines. Meanwhile, efforts are under way to modernise the sector and overcome the challenges to bridging the urban-rural gap through advances in health care technology. Innovative solutions such as smartphone applications and other forms of telemedicine are helping to advance the quality of health care in Indonesia, while also expanding access to services in the remote corners of the archipelago.

The current expansion of hospital infrastructure has triggered a period of high growth for investors in the diagnostics and devices segments, particularly for manufacturers of radiological and cardiovascular equipment. Demand is also being sustained by the rise in lifestyle-related illnesses, including obesity, diabetes, cancer and heart disease, conditions that are overtaking communicable diseases as Indonesia’s top public health threats.

With coverage expanding, more facilities and equipment will be required in previously underserved areas. Each newly constructed hospital or laboratory will need to be filled with basic medical supplies, and diagnostic equipment, such as echocardiograms, CT scans, X-ray machines and MRI machines will be vital. Sector players predict increasing demand for surgical equipment and other supplies necessary to facilitate disease management and rehabilitation in clinics that offer orthopaedic, oncological and other kinds of specialised care. Traditionally, patients with higher incomes have gone to other countries, particularly Singapore, for surgeries, physical therapy or cancer treatment. Now, trust in local providers is growing and more procedures are being done domestically.

Education will be a key area of focus going forward and the government is promoting biology and engineering faculties to ensure demand for professionals is met. Indonesia is already struggling with a human resource undersupply in the health sector and will be in great need of highly skilled technicians qualified to operate specialised equipment in facilities around the country. Older hospitals will also have to be refurbished so that they can accommodate more advanced technologies. Meanwhile, on the public side, financing remains a top concern. Once demand for care reaches its peak after 2019, when JKN is due to be fully implemented, health care facilities will need to be ready for the new waves of patients.

An App For That

Public and private providers are looking to IT innovations to reform and improve Indonesia’s health care system. Leading the way on the public side is one of the country’s community health clinics (puskesmas), located in Jakarta’s Tebet district, which has introduced electronic medical records using a mobile app-based regional health information system, developed by the Ministry of Health (MoH). Meanwhile, a pilot programme for a mobile bedside nursing (BSN) device, created by NEC Indonesia, began in two public hospitals in early 2016. Like the puskesmas initiative, the BSN device will allow nurses to track patients’ vitals and medical records through a database. These, along with similar IT solutions, are expected to modernise the health sector, improve electronic medical record keeping and reduce the amount of errors made in patient care.

The online platform Konsula was launched in 2015 with the aim of connecting The current expansion of hospital infrastructure has triggered a period of high growth for investors in the diagnostics and devices segments doctors and patients in an easier and faster way. According to the company’s research, it can take 3.5 hours for patients to book appointments with one of the 160,000 doctors available to 250m Indonesians. The start-up began listing doctors through its online network in October 2015 and approximately 800 had joined by January 2016, paying an $18-monthly membership fee. Patients are now able to bypass long lines at clinics by searching for and booking appointments with physicians via the Konsula database.

The platform’s rapid development in its first year online is demonstrative of the high-growth potential in the health care technology sector. Indeed, Konsula has since grown into a health care marketplace, where it lists products and services including acupuncture treatments, skin care and dental check-ups. It has launched mobile apps for android and iOS and now offers telemedicine services in addition to the marketplace, which contains listings for 300 businesses. The company aims to integrate all of Indonesia’s doctors into the digital realm and lead the countrywide market once it has first established a hold in Jakarta. Competition is likely to be intense as more technology start-ups enter the increasingly digitised sector.

For Indonesians living in rural parts of the country, telemedicine offers an innovative way to access preventative and emergency care, as well as life-saving consultations with specialists. In June 2016 the MoH announced plans to further develop the use of ICT in the health sector. It will help lay the groundwork for video conference calls that are held between rural providers and hospital-based specialists who can exchange and review patient health data to diagnose and treat a variety of conditions. In late 2016 the MoH aims to roll out regulations for the programme, which will also require diagnostic equipment to be distributed to the regions. However, insufficient internet access and low IT literacy in rural areas will need to be addressed for telemedicine initiatives to be successful. With the appropriate infrastructure in place, telemedicine could assist in managing the rising incidence of cancer, heart disease and other non-communicable diseases, while also helping the government achieve key development goals, particularly the reduction of maternal mortality.

In 2015 Indonesia’s maternal mortality ratio stood at 126 per 100,000 live births, one of the highest in South-east Asia. A significant number of pregnant women in rural areas of the country depend on the care of midwives, and risks to their pregnancies often go unidentified. To address this, Philips, in partnership with Sijunjung Regency in West Sumarta, is set to roll out a smartphone application for mobile obstetrics monitoring (MOM). The company completed a year-long pilot programme during which MOM was used to monitor 650 pregnancies, all of which were reported to be successful. The app’s first feature allows caretakers to upload measurements, vital signs, pregnancy progress and other indicators to a database. The second feature gives doctors the opportunity to access the data, identify risks to the pregnancy, and determine treatment strategies. As MOM becomes available to caretakers through the current rollout plan, hopes are high that the initiative will help fill gaps in the care available, while also reducing costs. “With 65% of the cost of treatment during pregnancy attributed to transport, implementing maternity care telemedicine could make treatment more accessible,” Suryo Suwignjo, president director of Philips Indonesia, told OBG.

Interview: Hisham bin Saad Aljadhey To what extent has the Covid-19 pandemic impacted medical innovation and related regulatory processes in Saudi Arabia? HISHAM BIN SAAD ALJADHEY: The pandemic posed challenges to accessing food, drugs and medical devices around the world. The agility of SFDA was greatly tested during the pandemic, and it had to adapt its regulations to accommodate supply chain disruptions. The authority worked closely with the government and private sector to encourage the loca… 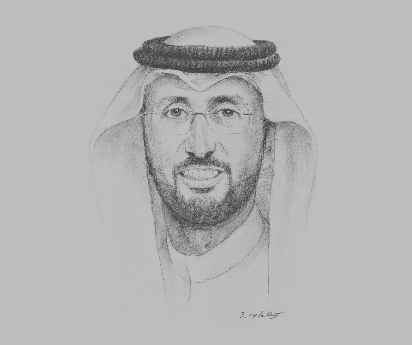