Transport & Logistics
From The Report: Colombia 2014
View in Online Reader

Colombia’s transport sector is set to undergo significant expansion in the next few years, much of which is owed to the current flagship fourth-generation road concession programme. The development of land transportation networks has become a top priority as the National Infrastructure Agency aims to increase roads under concession from 6000 km to 11,000 km, revitalise the aged railway network and raise rail lines under operation from 900 km to more than 2000 km. Expansion of port infrastructure, which has already benefitted from successful public-private concessions, will also make the country better equipped to deal with rising cargo inflows stemming from enhanced trade. Meanwhile, the increasing number of travellers is spurring improvements in air transport. While the current model for public-private partnerships presents some challenges as a means to attract foreign direct investment, government efforts to improve access to financing and ultimately increase interest in road concessions continue. This chapter contains interviews with Cecilia Álvarez-Correa, former Minister of Transport; Luis Fernando Andrade, President, National Infrastructure Agency; and Eleuberto Antonio Martorelli, President, Odebrecht Colombia.

After consecutive years of economic growth, Colombia is taking advantage of its macroeconomic stability to improve transport links. Much of this investment will go into the road network, especially through the flagship fourth-generation road concession programme. Expansion of port infrastructure, which has already benefitted from successful public-private concessions, will make the country better equipped to deal with rising cargo inflows stemming from enhanced trade. Air transport, meanwhile, is…

Interview:Cecilia Álvarez-Correa Fourth-generation infrastructure projects are mostly in pre-qualification stages at present. What can be expected to be achieved for 2014? CECILIA ÁLVAREZ-CORREA: National and international contenders that prequalified for the more than 20 projects from the so-called fourth generation have been adequately examined throughout 2013 and their technical and financial capability proven. The tender is now therefore limited to the economic proposal, ensuring transparency…

The soon-to-be-completed enlargement of the Panama Canal is driving a wave of new policy on sea transport in the region. Several countries are expanding their port infrastructure and, in some cases, even developing options to compete directly with the canal itself. Colombia, with its coast opening up to both the Pacific and the Atlantic Oceans and an increasing number of foreign trade agreements to its name, has much to gain from aligning its strategy with the expansion, which once complete will…

Interview:Luis Fernando Andrade How is the road infrastructure programme going? LUIS FERNANDO ANDRADE: Fourth-generation road concession programmes are moving forward. Apart from the nine projects approved for delivery earlier in 2014, we have 10 pre-qualified projects that we hope to award before the year ends. These represent around COP$40bn ($20m) of the COP$57bn ($28.5m) that we forecast will be invested in this wave of concessions. We also plan to expand rail infrastructure by 1200…

Interview:Eleuberto Antonio Martorelli Concessions for $28bn of road projects are in hand. How would you assess the process for the fourth generation of concessions going forward? ELEUBERTO ANTONIO MARTORELLI: Since the beginning of this process, Odebrecht has been among the companies that has made observations to the Colombian government about the imbalanced structure of risk allocation. While it is true that the government has made significant efforts to improve the quality of projects…

Among the many efforts to boost the variety of transport options are government plans to revive cargo freight along several rivers. This has emerged out of a need to cut transport costs, which can be excessive in a country where harsh terrain and poor road infrastructure makes linking ports with production centres cumbersome. The potential is certainly there: the four biggest river systems combined extend for more than 24,000 km, of which 18,000 km have the potential to support increased cargo traffic. Rio…

With investments in road infrastructure taking off, Colombia is recognising the need to improve other elements of the logistics mix to reap full benefits of these works. As economic growth and new trade agreements turn up the pressure to move larger amounts of goods, the country is looking to improve the logistics chain at each link. The main challenges will be connecting the road, rail and port networks, and developing logistics centres to deal with Colombia’s taxing geography. Plans A formal…

A decade of growth has transformed air travel in Colombia from an option confined to the well-off to an increasingly accessible way for ordinary people to travel. Continued dynamism will come from many angles. Increased competition among domestic airlines is opening regional routes, while rising numbers of foreign visitors are attracting several international airlines to the market. To keep pace with market growth, a series of expansion and renovation projects is taking place across the airport network,… 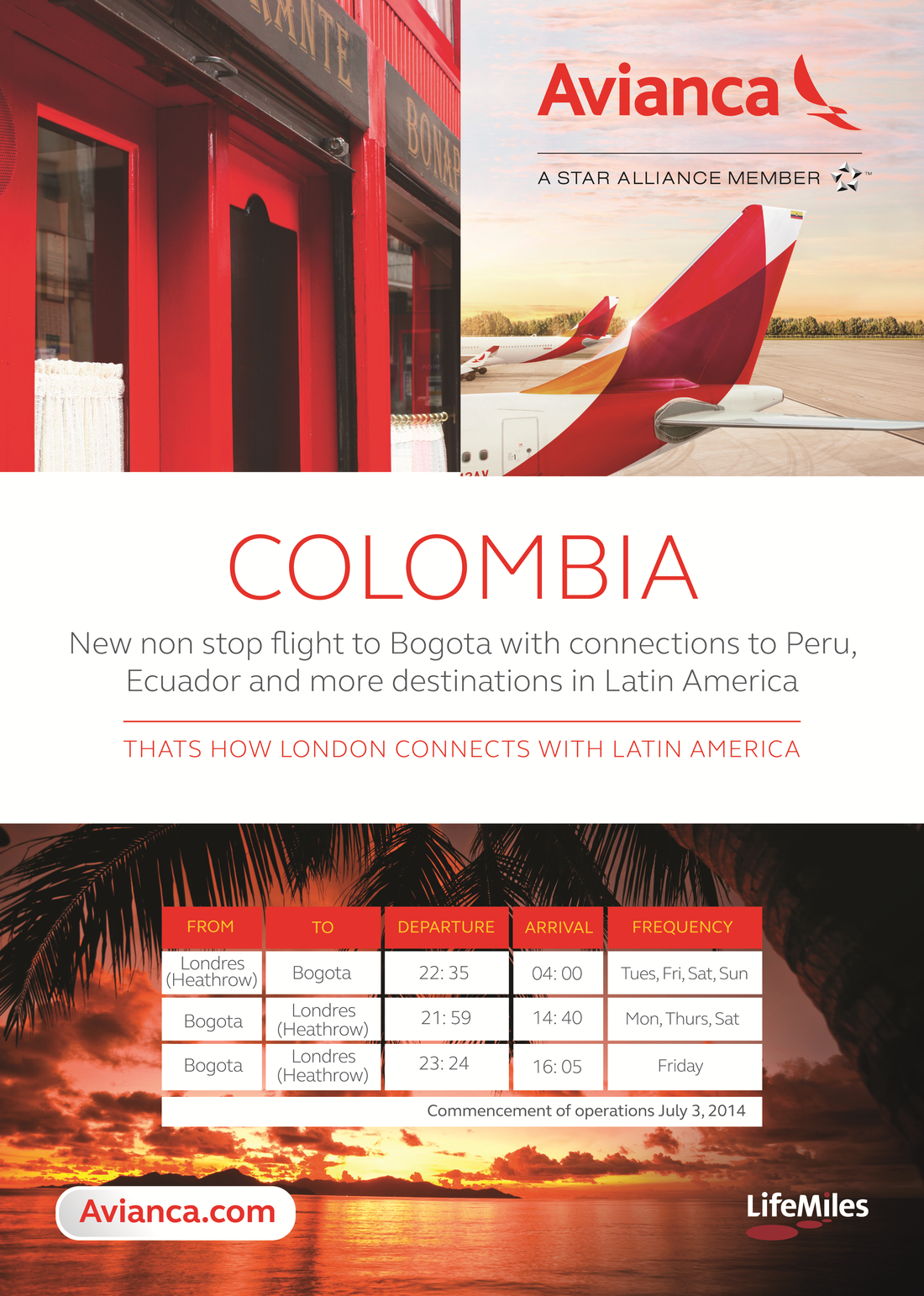