Mining
From The Report: Colombia 2014
View in Online Reader

With vast coal, gold and other mineral reserves, Colombia continues to be one of Latin America’s leading mining countries. The sector has expanded significantly in the past decade, with the last two governments emphasising its importance to the national economy and courting foreign investment. However, in recent years falling commodity prices have stalled development projects, while strikes, guerrilla attacks and government sanctions have interrupted production. Exports of coal, the dominant component of Colombian mining, fell 4% in tonnage and a 14.3% in value to $6.7bn in 2013 compared to the previous year. Gold, the second-biggest mining segment, with exports of $2.3bn in 2013, was down by a third from 2012. Nonetheless, as the security situation improves, opening up new areas to geological analysis, Colombia’s strong institutions, protection of investors, extensive reserves and competitive royalty rates should continue to attract significant interest in the mining industry. This chapter features an interview with Ken Kluksdahl, President, AngloGold Ashanti Colombia.

With vast coal, gold and other mineral reserves, Colombia is one of Latin America’s leading mining countries. It is the world’s fourth-biggest exporter of coal, an important gold producer and the world leader in emerald mining, a small but profitable sector. Mining has expanded significantly in the past decade as the last two governments have emphasised its importance to the national economy and courted foreign investment. However, challenges have emerged in recent years. Falling commodity prices…

Interview:Ken Kluksdahl To what extent will the drop in gold prices affect production and exports? KEN KLUKSDAHL: Following the US Federal Reserve’s decision to taper its quantitative easing programme, the industry has seen a retrenchment of nearly 30% of its revenues. While there are still large gold buyers, such as China and India, the fall in gold price has undoubtedly hurt the industry. Consequently, mining companies are enacting strategies to reduce costs, and this could potentially…

Coal is Colombia’s second-biggest export after oil and Colombia is the world’s fourth-largest coal exporter. The industry is well developed and the major players continue to invest in coal production and export infrastructure. However, production growth has stagnated in recent years as the industry has been battered by strikes, rebel attacks and falling prices. Setbacks Since 2012, the coal sector has suffered setbacks every few months. In summer 2012, a month-long strike shut down the Fenoco… 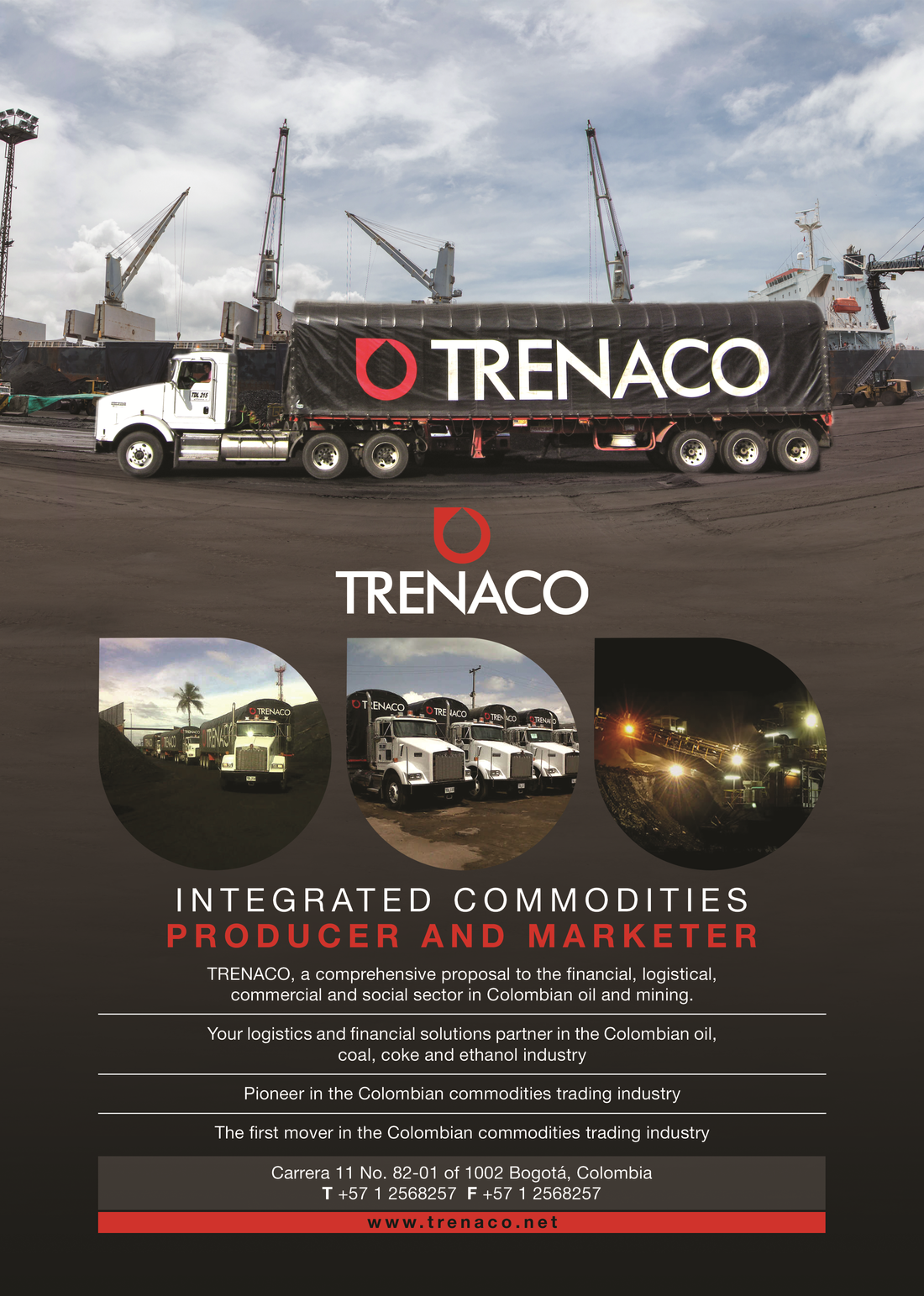