This article also features in The Report: Tunisia 2019. Read more about this report and view purchase options in our online store.

Textiles were once the crown jewel of Tunisia’s industrial environment, representing 50% of employment and earnings. However, increased competition from abroad and domestic instability following the 2011 revolution saw 400 companies close down and 40,000 jobs lost since 2007. Given the industry’s record of job creation outside the capital and the potential to earn foreign currency through increased exports, the government has turned to textiles as a potential catalyst to boost rural employment and drive economic change.

With skilled subcontractors and globally recognised clothing brands, Tunisia’s textiles industry brings in an annual average of $2bn-2.5bn in export earnings. Of the 1606 textile companies operating in Tunisia as of July 2019, 82% were wholly export-oriented, according to the Agency for the Promotion of Industry and Innovation (Agence de Promotion de l’Industrie et de l’Innovation, APII). With some 164,815 people working in textiles, the segment is the largest industrial employer, representing over 30% of all manufacturing jobs. Over the years Tunisian textiles have proven highly attractive to international investors due to competitive production costs, geographic proximity to Europe and many years of experience. According to the APII, of the 684 textiles companies with foreign capital, 253 are in partnership with France, 170 with Italy, 73 with Belgium, 65 with Germany and 123 with other countries. Investment continued in 2018, albeit at a slower pace, with the TD109.9m ($38.2m) declared 49% lower than the previous year.

Following the 2005 dismantling of the Multi-Fibre Arrangement, an international textiles trade agreement effective since 1974, Tunisian textile producers were faced with increased global competition. The situation was further exacerbated following the 2011 revolution, where the ensuing political and social instability eroded the confidence of investors and prompted many to exit the country. The result was a sharp fall in exports; Tunisia dropped from the fifth-largest textile supplier to the EU in 2010 to ninth in 2018. Turkey and Morocco, in particular, have taken over market share from Tunisia, offering the same geographic proximity and similar cost savings.

While heightened competition has proved challenging, it has also forced the country to seek opportunities elsewhere in order to diversify its export base. In an effort to enter the Russian market, for instance, the Export Promotion Centre organised a business-to-business trade show in Tunis in June 2018 that was attended by 25 Russian brands, primarily in the lingerie, swimwear, denim and ready-to-wear segments. As part of the project, training on the requirements of the Russian market is offered to Tunisian textile firms, while participants also benefit from a promotional campaign in Russia. The Russian market has significant potential: its textiles industry is dominated by imports that typically grow by 7-9% per year, and over the last decade Russia has become a destination for luxury and international brands. Meanwhile, Tunisia continues to lobby the US administration to reduce import duties on Tunisian textiles, similar to Morocco, Egypt and Jordan, which already benefit from preferential treatment from the US for their garments. Tunisia also hopes to strengthen trade with the EU through the negotiation of a Deep and Comprehensive Free Trade Area, which seeks to build on the existing EU-Tunisia Association Agreement, and create new trade and investment opportunities. Despite trade between the two markets having softened somewhat since 2007, the EU still represents the largest market for Tunisian textiles, with over 90% of textile exports going to the region.

Overall, in 2018 textiles and clothing exports grew by almost 18% to TD7.4bn ($2.6bn), representing 20% of total industrial exports. One of the key negotiation points for Tunisia is the double transformation rule, which stipulates that tariff exemptions are only applicable if two transformation steps have been completed in situ – for example, from yarn to fabric and from fabric to finished product. Where Tunisia does not have the second processing industry, a higher tariff applies. Given Tunisia’s lack of textile production capacities, this means that for exporters to benefit from duty-free access to the European market, they must use fabrics produced either in the EU or in the Euro-Mediterranean region, adding to both cost and lead times. The next round of negotiations is scheduled to take place towards the end of 2019 or the beginning of 2020.

In order to reverse the fortunes of the sector, as part of the 2019-20 economic recovery plan, a textile pact was signed in February 2019 between the government, the Tunisian Union of Industry, Trade and Handicrafts, and the Tunisian Federation of Textiles and Clothing (Fédération Tunisienne du Textile et de l’Habillement, FTTH). The pact aims to facilitate the creation of 50,000 jobs by 2023, grow textile exports to €4bn annually, increase the Tunisian share of the European market from 2.5% in 2018 to 4%, and regain the country’s place as the fifth-largest exporter to the EU. Overall, the government will allocate TD100m ($34.7m) to the segment, expecting to generate TD450m ($156.3m) upon the realisation of all objectives. The pact will focus on six main axes: strong governance, integration, promotion of the label “Made in Tunisia”, training, infrastructure and the business environment. To boost the Made in Tunisia brand, in June 2019 the FTTH proposed a strategy called Tunisia Sustainable Fashion. The project will accompany textile firms in establishing the necessary procedures to measure, evaluate, improve and communicate their environmental impact in order to develop a competitive advantage. Sustainable clothing is one of the fastest-growing branches of fashion, with a number of the global industry’s key players coming together to form the Sustainable Apparel Coalition a decade ago. In 2012 the coalition released the Higg Index, a tool that measures the environmental impact of textile products. Today, with more than 200 global fashion houses in the coalition that collectively represent 40% of the global fashion supply chain, becoming certified as sustainable offers a competitive advantage. 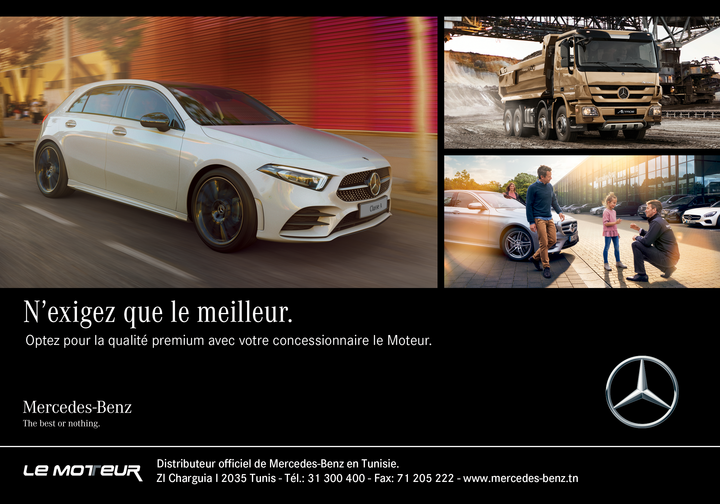 Samir Haouet, former general manager at the Technical Textile Centre, a public institution under the supervision of the Ministry of Industry and Small and Medium-sized Enterprises, told OBG that the future of Tunisia’s textile industry lies in highvalue niche markets such as industrial textiles and in the production of raw materials. “The textile industry needs to leverage the country’s booming aeronautics and automotive industries, and propose integration and synergy solutions to these higher-value markets,” he said, also highlighting two promising new segments in the form of smart textiles, in particular for the medical industry, and connected clothing, a type of sportswear. Similarly, Kamel Zarrad, CEO of Sartex, a local denim and sportswear manufacturer, considers the future development of the textiles industry to be dependent on the country’s adoption of the Fourth Industrial Revolution. “The successful transition to Industry 4.0 is essential to maintaining the competitiveness of the Tunisian textiles industry on the global stage; the pact launched by the government will greatly facilitate investment in this direction,” Zarrad told OBG. Indeed, with a view to encouraging innovation and business planning in technical textiles, the Monastir-El Fejja Competitiveness Cluster was established in 2006.

Today, some 250 manufacturing companies operate in the subsegment, with two-thirds dedicated to the apparel, personal protection and sportswear markets. The mobiltech market, which produces goods such as airbags, car and plane seats and seat belts, among others, remains relatively small thus far.

Significant integration opportunities for textiles also exist in the health sector, through the production of protective clothing and masks, uniforms and bandages. Moreover, with Tunisia’s aviation sector expected to continue to grow by 10-15% per annum through to 2025, and the automobile segment slowly shifting its focus to assembling vehicles in Tunisia, there are considerable opportunities for the textiles industry in the domestic market. “Investment in technology and manpower to produce raw materials locally would significantly bolster the industry, reducing the need to import costly raw materials, while at the same time providing jobs, improving logistics and enabling Tunisian textile producers to be more agile when it comes to meeting market demands,” Haouet told OBG.

Thanks to Tunisia’s well-established training institutes, which include the Higher Institute of Technology Studies in Ksar Hellal, the National Engineering School of Monastir and the Higher Institute of Fashion Professions of Monastir, the country can already count on the skilled engineers and workforce necessary to pursue the development of this segment, which would be further bolstered by a dedicated legal framework and investment. With this end in mind, under the integration axis of the textile pact, the government will offer various investment incentives for different raw materials ventures that are expected to launch by 2023.