This article also features in The Report: Sri Lanka 2018. Read more about this report and view purchase options in our online store.

Monetary tightening and the Central Bank of Sri Lanka (CBSL) flexible exchange rate policy served to cool the economy by slowing down credit to desired levels and controlling inflation to some degree. The economy, which saw significant weakness in 2016 and the first quarter of 2017, readjusted accordingly. Starting in February 2017 foreign investors returned at a slow and steady pace, resulting in the debt and equity capital markets registering respective net inflows of roughly $416m and $120m for the year.

Weak economic growth and high government debt payments in 2017 shifted the overall yield curve upwards by about 150 basis points (bps) as one-, five- and 10-year bonds touched respective peaks of 11.1%, 13.1% and 13.5%. However, the recovery in economic indicators supported by strong inflows towards the end of year allowed yields to drop to a low of 8.8%, 9.9% and 10.1%, respectively.

Sri Lanka’s foreign reserves recovered to comfortable levels, ending 2017 at $8bn. This was supported by inflows from the $1.5bn sovereign bond issuance in May, the sale of Hambantota Port, the CBSL’s dollar buying process, and net inflows to the equities and government securities markets. The CBSL also completed a $1bn syndicated loan in two tranches.

Meanwhile, rising imports have resulted in an increase in the minimum amount of reserves required for four months of imports to $7bn. However, despite this rise, further accumulation will be required to balance the trade deficit and offset 2018’s heavy foreign debt payments.

The foreign reserves-to-foreign currency repayment ratio again narrowed from a high of 1.6x in August 2017 to 1.4x, amid the steep rise in debt payments of $5.6bn. This is up from a low of 1.2x in December 2016. A $2bn sovereign bond due in March 2018 is likely to improve the ratio in the short term. Meanwhile, in line with requirements, the CBSL expects to continue its plans to purchase dollars from the market, which will add a further $1.5bn-2bn.

The government is also planning to divest from and enter into public-private partnerships with a number of large state-owned enterprises. These moves are expected to support foreign direct investment flows of approximately $2bn-2.5bn in 2018, which is expected to support debt payments and maintain or boost the reserve position.

Possible food shortages and the introduction of a fuel pricing formula are expected to weigh on the inflation index in the second and third quarters of 2018. Despite this, the overall outlook for the inflation index is likely to be between 4.5% and 6.5%, with the average annual rate forecast to decrease from 6.6% in 2017 to 5.3% in 2018. Credit growth, which slowed to 15% in 2017, is likely to improve marginally to 16% in the second half of 2018 on the back of improvements in the business climate and consumer demand.

Sri Lanka’s government securities are facing rupee-denominated bond maturities to the tune of LKR606bn ($4bn) and dollar-denominated Sri Lanka development bond (SLDB) maturities worth a total of $2.3bn in 2018.

While a high number of bonds will mature throughout the year, the peak will fall in the third quarter, when rupee bonds worth LKR185bn ($1.2bn) and SLDBs totalling $1.2bn will need to be paid back.

Debt maturities bunching up towards the second and third quarters of 2018, coupled with pressure from inflation, are contributing to a bearish outlook towards the overall yield curve.

It is likely that the yield curve will experience an upward shift of 100 bps, with estimated peaks for one-, five- and 10-year bonds at 10.0%, 11.0% and 11.5%, respectively, although improved economic conditions are expected to mitigate high points. 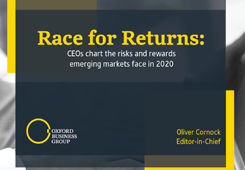 One of the world’s largest Islamic finance markets, Kuwait has a wide range of banking, sukuk (Islamic bonds) and takaful (Islamic insurance) entities and products on offer, with recent headwinds such as the Covid-19 pandemic proving little obstacle to the sharia-compliant sector’s continuing robust growth. Indeed, the country’s Islamic banks have been expanding faster than its conventional ones in recent years, with a new merger making an Islamic banking provider an even bigger player in…