Utilities
From The Report: Saudi Arabia 2019
View in Online Reader

Amid ongoing reform of subsidies, the gradual privatisation of public assets, and ambitious plans to expand seawater desalination facilities and improve sanitation infrastructure, Saudi Arabia’s utilities sector will undergo significant changes over the coming years. In order to diversify its energy mix, the Kingdom is pursuing a series of ambitious goals to increase its solar and wind capacity, while also developing its first nuclear power station. In May 2016 a royal decree dissolved the Ministry of Water and Electricity, which had previously overseen the sector. The electricity segment now falls under purview of the newly revamped Ministry of Energy, Industry and Mineral Resources, while water is overseen by the recently established Ministry of Environment, Water and Agriculture. This chapter contains interviews with Fahad Al-Sudairi, Acting CEO of Saudi Electricity Company (SEC); Mohammed Al Mowkley, CEO, National Water Company; and Khaled Al Qureshi, CEO, Water and Electricity Company.

Amid ongoing reform of subsidies, the gradual privatisation of public assets, and ambitious plans to expand seawater desalination facilities and improve sanitation infrastructure, Saudi Arabia’s utilities sector will undergo significant changes over the coming years. In order to diversify its energy mix, the Kingdom is pursuing a series of ambitious goals to increase its solar and wind capacity, while also developing its first nuclear power station. Oversight Significant changes have…

In order to achieve its objectives of broadening the energy mix and diversifying the economy away from oil dependence, the government is pursuing reform of the energy sector. Vision 2030, the Kingdom’s long-term economic diversification and development programme, foresees a greater role for the private sector in the provision of electricity and water. To these ends, the country has moved towards the elimination of subsidies, thereby establishing market prices for end-users. It has also…

Interview:Fahad Al Sudairi How will connecting Saudi electricity networks to neighbouring countries affect efficiency? FAHAD AL SUDAIRI: Since Saudi Arabia has a surplus in terms of its electricity supply, the excess can be exchanged with neighbouring countries who have less supply at specific times of the day. This supports the growth of Saudi Arabia’s inter-regional trade activity and stimulates economic development. The current scope of these initiatives extends solely to other, nearby…

Interview:Mohammed Al Mowkley How are public-private partnerships (PPPs) improving efficiency in the water supply chain? MOHAMMED AL MOWKLEY: The PPPs currently in the procurement stage for sewage treatment plants are similar to the contracts that have been used for desalination plants. This means that the market will be familiar with the risk allocation, contract terms, offtake agreement and government guarantees provided through the Ministry of Finance. Participation in the two contracts…

Saudi Arabia has no permanent running surface water and experiences an average of 100 mm of rainfall per year, with this largely concentrated in the south-western mountains during the summer months. Traditionally, the country relied on wells drilled into non-renewable subterranean aquifers and surface run-off for its freshwater needs, and the agriculture sector in particular remains reliant on these resources. However, over recent decades water desalination has become increasingly central…

Interview:Khaled Al Qureshi How has the tendering process for independent water projects (IWPs) lowered water production cost? KHALED AL QURESHI: The first IWP tendering process involved the Rabigh plant, which has a capacity of 600,000 cu metres per day and is the largest reverse osmosis plant in the region. The successful bidder was a consortium led by ACWA. This was followed by the Shuqaiq-3 reverse osmosis (RO) IWP, where a consortium led by Maurbeni was the successful bidder. There are… 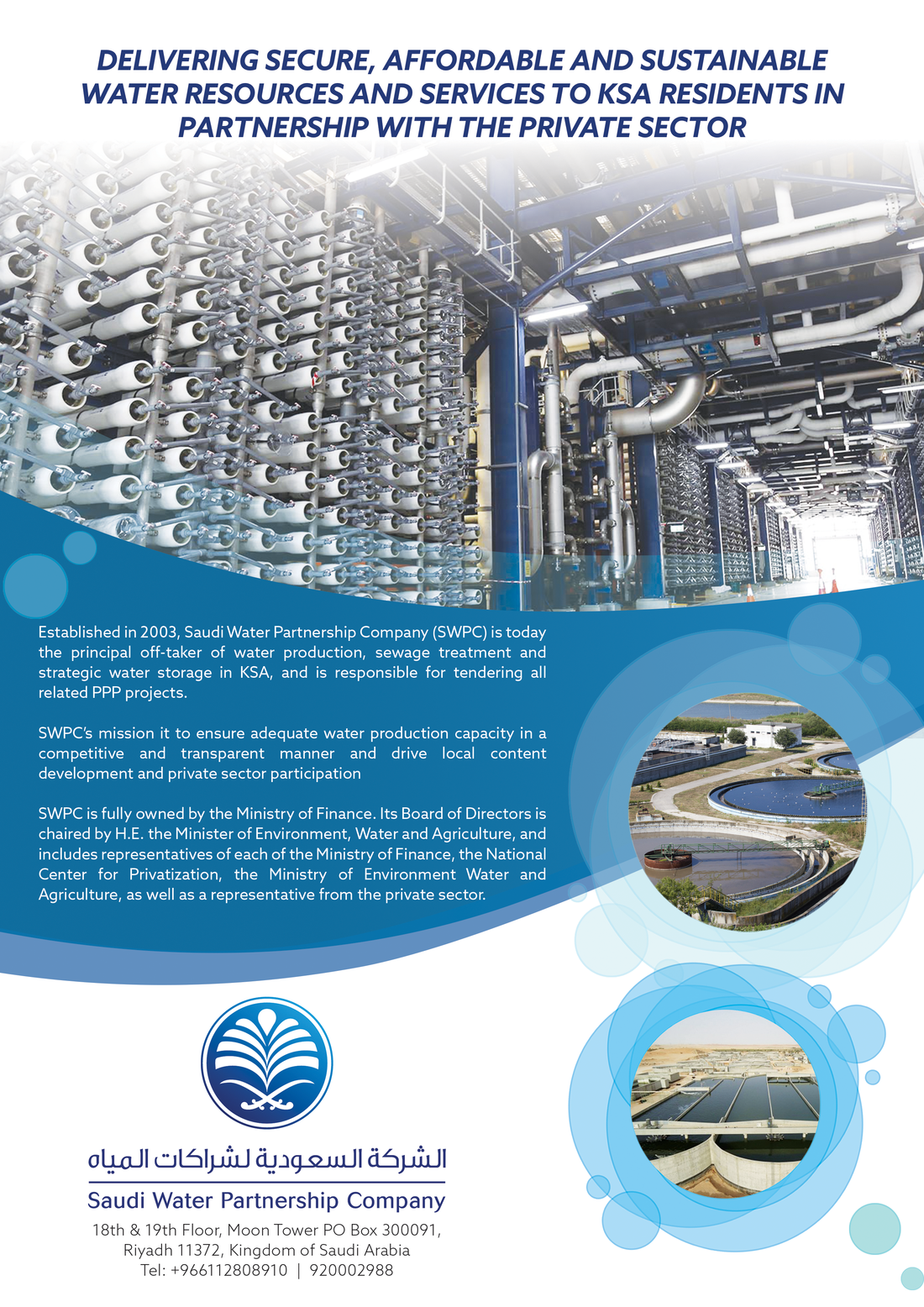