The 4IR has been described as a SR1trn ($266.6bn) opportunity for Saudi Arabia, but experts are warning that the Kingdom’s industries will have to adapt rapidly if they are to make the most of it by 2030. Following on from mechanisation, mass production and digitisation of production, the next step change in industrial development will be to manage the combined impact of several concurrent technological changes, among them artificial intelligence (AI) and machine learning, the internet of things, augmented and virtual reality, nanotechnology, robotics, 3D printing, quantum computing and energy storage.

According to Klaus Schwab, founder of the World Economic Forum (WEF), who coined the term 4IR in a book published in 2016, the changes presaged by these technologies are unprecedented in their scope, velocity and systems impact. In Saudi Arabia, a summit held in December 2017 addressed questions related to the opportunities and hazards associated with 4IR, and attempted to assess how the Kingdom can capture the opportunities presented by these forces of technological development, and harness them in the name of the economic and social transformations being driven by Vision 2030 development programme.

In January 2019, at the annual WEF summit in Davos, Switzerland, the organisation recognised a milestone in the 4IR in Saudi Arabia, underlining the assertion that it is not simply a vision for the future, but a reflection of what is already happening in some places. The notion of engineers dressed in wearable technology and using drones to cut the time it takes to collect vital safety data by 90% may sound like science fiction, but, as the WEF acknowledged, this is already in practice at Saudi Aramco. Its Uthmaniyah Gas Plant (UGP) has been declared a “lighthouse” manufacturing facility by WEF, the only one of its kind in the Middle East. The term lighthouse is used to describe early-adopting manufacturers that are implementing the most cutting-edge 4IR technologies and processes. The UGP was originally commissioned in 1981 but has recently adapted to advanced analytics and AI.

A report by management consultancy AT Kearney suggested the cumulative impact of 4IR manufacturing technology could increase non-oil GDP by up to 4% a year from 2017 to 2030, by generating an additional SR1trn ($266.6bn) in output through changes in the pace of production in the Kingdom. The report explained how 4IR technology could have a significant impact throughout the value chain, affecting manufacturing, engineering and support, warehousing, logistics, transport and retail.

However, the Fourth Industrial Revolution Saudi Leadership Summit, organised by AT Kearney and held in Riyadh in December 2017, acknowledged that a number of challenges must be addressed if Saudi Arabia is to make the most of the technological advances taking place around the world. 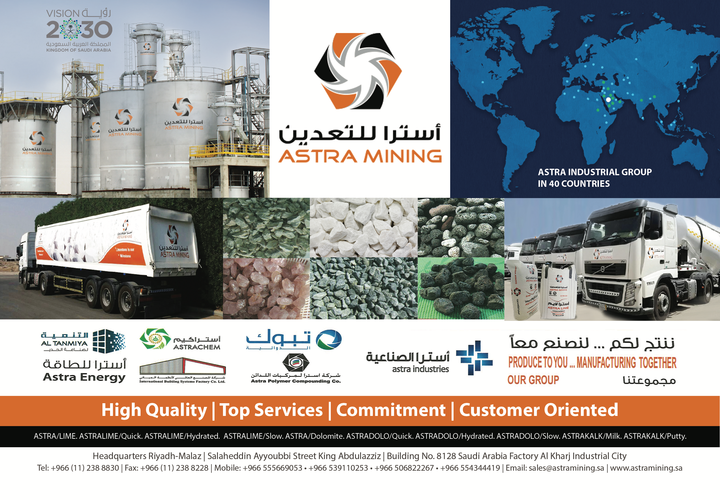 While adopting and adapting to these developments may help the Kingdom achieve some of the goals in Vision 2030, both agendas face the same obstacles. The meeting discussed the need to encourage innovation and entrepreneurship, unlock the potential of small and medium-sized enterprises (SMEs), foster localisation of production and improve education to nurture the skills of the country’s young population. One of the more optimistic predictions in AT Kearney’s scenario for Saudi Arabia is that the 4IR could lead to the creation of 3m new jobs by 2030. This is very much in line with the goals of Vision 2030; in 2016 Riyadh-based joint stock company Jadwa Investment calculated that for the unemployment rate of Saudis to drop from 11.9% to 7% by 2030, the economy would have to develop roughly 3m jobs in 15 years.

However, academics studying the impact of aspects of the 4IR, including the automation of various job functions, have painted a rather different picture. A 2013 paper from the University of Oxford predicted that 47% of jobs in the US were at risk from automation. The implication for the Saudi job market is that many of the occupations most at risk as the 4IR develops are low-skilled, low-paid, repetitive tasks, which are for the most part undertaken by expatriate workers. If those roles are automated, new functions in other fields will need to be developed that match the skills of young Saudi citizens. From the start of 2017 to the second quarter of 2018, 1.1m expatriates left the kingdom as fees for workers and their dependents increased. At the same time, however, the Saudi unemployment rate remained at 12.9%, suggesting the removal of foreign workers from the labour market was not necessarily creating an equivalent number of jobs for citizens. Employed Saudis will also need to learn new skills if they are to adapt to technology. This is likely to be true for both unskilled workers and government or white-collar staff, whose professional tasks involve repetitive tasks or fact-checking, with some functions within the fields of law and accountancy among those at risk from automation globally.

If Saudi Arabia is to profit from the pioneering examples of some of the countries that have invested most in second- and third-generation technology, it will need to develop innovative businesses that are capable of leading change. Saudi Aramco has shown it can do this at its UGP facility, and as a globally competitive energy and chemicals business, it is expected to continue to innovate. Saudi Aramco’s In-Kingdom Total Value Added Programme, which aims to support the development of tier-two and tier-three suppliers for its business within the Kingdom, could also prove essential if localised manufacturing is to replace some of the products and services the energy giant has previously bought from international suppliers. However, many of the world’s most disruptive technologies are developed by small start-up companies that can profit from challenging the status quo in established industries. A 2018 IMF report noted that in Saudi Arabia, SMEs contribute 20% of the country’s GDP but receive just 2% of bank loans, suggesting more support could be given to grow the sector. International reports on innovation have also shown a disconnect between the investment Saudi Arabia makes in establishing platforms for innovation and the actual outputs of those clusters or enterprises.

In 2016 the World Intellectual Property Organisation’s global innovation index ranked Saudi Arabia as 61st out of 126 nations overall, and placed it 104th for its efficiency in translating innovation inputs into outputs. Notwithstanding this, there are clear signs that Saudi Arabia is looking to and investing in the future. For example, in 2019 construction is slated to start on the $500bn NEOM mega-project, a new smart city that is being built to take advantage of many of the advances and processes enabled by the 4IR.