This article also features in The Report: Qatar 2019. Read more about this report and view purchase options in our online store.

Work is expected to begin on the second phase of the Hamad Port’s development in 2019 after approval was granted by the Ministry of Transport and Communications. The seaport gave the blockaded peninsula a vital lifeline in 2017 and enabled it to continue trading in non-oil goods throughout 2018, achieving significant milestones along the way. With further expansion, Qatar looks set to carve out a new chapter in its maritime trading history.

Hamad Port is operated by QT erminals, a company created by Milaha (Qatar Navigation) and Qatar Ports Management Company (Mwani Qatar), with the former owning 49% and the latter 51%. In 2018, its first full calendar year of operations, the port operated at 70% of its capacity, according to information released by the operator in early 2019.

According to QT erminals figures, 1592 vessels called at Hamad Port between January and December 2018. The port handles a variety of services, including container, general cargo, roll-on/roll-off (ro-ro) operations, livestock and offshore supply services. In 2018 the port handled more than 1.3m twenty-foot equivalent units (TEUs) of containers, 255,193 tonnes of bulk cargo and more than 1m tonnes of break bulk. Additionally, it handled 68,490 ro-ro units, as well as 408,520 head of livestock.

The second phase of development is expected to increase annual container capacity from 2m TEUs to 7.5m TEUs by the time the project is completed in 2020. Operations at the first phase of the port began in December 2016, and it was officially inaugurated by the amir in September 2017.

The construction of the two new container terminals will take place along a harbour wall that has already been created. The port covers a total area of 28.5 sq km at Umm Al Houl.

The original plan to build a port to replace Doha was the result of an Amiri decree in 2007. It was to be one of the world’s most ambitious greenfield port developments, with an anticipated price tag of $7.4bn. A workforce of 18,000 people worked on the decade-long construction project, which recorded over 100m man hours.

China Harbour Engineering Company and Middle East Dredging Company were responsible for creating the port basin and access channel, which were flooded in August 2015. In July and August 2015 Shanghai Zhenhua Heavy Industries of China delivered 12 ship-to-shore cranes and 38 yard cranes.

A joint venture between Teyseer Contracting and Consolidated Contractors Company completed the construction of the first container terminal, while HBK Contracting Company and Afcons Infrastructure built commercial terminals for general cargoes. The plan also included an adjacent scheme for a 53-ha secure food storage and warehousing facility capable of holding three years’ worth of food for the country, expected to cost QR1.6bn ($439.4m).

In the first months of 2019 the procurement process for the Hamad Port’s Container Terminal 2 (CT2) project began. In February 2019 QT erminals issued tenders for both ship-toshore and rubber-tyred gantry cranes for phases 1 and 2 of the CT2 project, as well as calling for quotations for design and consultancy services.

The port project is being undertaken to attract trade and industrialisation to diversify the economy in line with Qatar National Vision 2030. In early 2019 the first of Qatar’s free zones will open adjacent to the port offering space for local businesses to grow but also opportunities for international companies to invest in Qatar.

Qatar’s long-distance railway line is also due to be completed by 2030, and the government is planning is to build a cargo rail terminus adjacent to the port. In addition to this anticipated rail connection, Hamad Port also sits at the heart of Al Majd Road, the country’s newest motorway network. 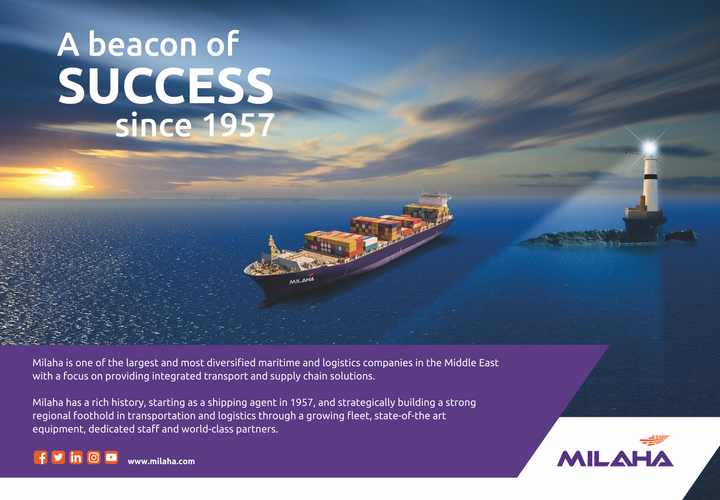 GLOBAL CONNECTIONS: It is envisaged that Hamad Port can serve to bolster the growth of industry in Qatar while exploring new trading opportunities. The country is working to establish sustainable connections with more distant ports in India, Pakistan, East Africa and the northern Gulf.

In May 2018 Milaha announced the start of a new container service between Hamad Port and Umm Qasr Port in Iraq. Milaha ships also call at two ports in Oman (Sohar and Salalah), three in India (Nhava Sheva, Mundra and Kandla), as well as at Shuwaikh in Kuwait, Karachi in Pakistan, Colombo in Sri Lanka, Chittagong in Bangladesh and Izmir in Turkey.

In January 2019 QT erminals welcomed the inaugural call of Hapag-Lloyd’s Indian Subcontinent Mediterranean Express (IMX) at Hamad Port. The IMX route will serve ports in the Western Mediterranean, including Barcelona, Valencia and Genoa, and ports on the Indian subcontinent.

Hapag-Lloyd is the service leader on the route with four vessels, while French operator CMA CGM has three vessels and China’s COSCO has one. In November 2018 the Gulf Eastern Mediterranean service began operations with Hapag-Lloyd, CMA CGM and COSCO as service partners. The service connects Qatar with ports in Turkey.

Milaha selected an Anglo-Dutch company, Royal HaskoningDHV, to develop, expand and upgrade its Mesaieed dockyard with the work due to be completed by the third quarter of 2020. The expansion will enable the dockyard, which has repaired 8000 vessels since 1978, to handle larger and more complex ship repairs. The plan includes a larger floating dock and expanded workshops.

Qatar has also experienced significant growth in maritime tourism as well as trade. The cruise ship season runs from October to April, and in 2018/19 the ports of Doha and Hamad were expected to receive 140,000 visitors in 43 ships. This compares to the 2017/18 season, when 22 cruise ships called at Qatari ports, bringing a total of 65,000 passengers.

On February 14, 2019 two ships, Mein Schiff 4 and MSC Splendida, docked at Doha Port bringing 8300 visitors between them. Earlier, in January 2019, the RMS Queen Mary 2 docked at Hamad Port for the first time .

The 345-metre ship was carrying more than 3700 passengers and crew.

While the economic blockade by some of its Gulf neighbours continues to pose difficulties for Qatar’s economy, the country has taken advantage of its sea links, particularly with countries further afield, to weather the impact of the embargo. With the ongoing expansion of the CT2 project and the increasing popularity of Doha as a cruise ship port, the country’s maritime trade and tourism industries look set to flourish in the years ahead.

At the same time, improvements to roads and public transport networks connecting key transport nodes across the country should enable the increasingly efficient movement of goods and people around the country. These transport improvements will cater for visitors to the 2022 FIFA World Cup, but also foster growth beyond the tournament 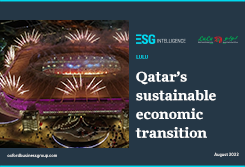