For a concise summary of the Philippines’ plans and aspirations for its economic future, the Cebu Action Plan (CAP) is probably the best place to start – even though it is aimed at a much broader area than the Philippines.

The CAP is a jointly agreed document of the 21-member APEC forum, which the Philippines government drafted in its role as APEC chair for 2015. APEC finance ministers endorsed the plan at a meeting on Cebu’s Mactan Island in September, and national leaders formally adopted it at the annual APEC summit in Manila in November.

The administration of Benigno Aquino III, which is preparing to hand over power following elections in May 2016, saw the APEC role as an opportunity to create a lasting legacy. Cesar Purisima, the finance secretary, told the September 2015 meeting in Mactan, “It is our hope that the CAP is going to be referred to again and again in a similar way to how the trade ministers continually refer to the Bogor Goals of 1994 … to gauge progress in their discussions.” Whereas the Bogor Goals, agreed at a summit in Indonesia, focus on freer trade, the CAP is about improving governance and ensuring inclusive growth. Easing international financial flows, firming up international cooperation on taxation and building resistance to financial shocks are also part of the plan.

The CAP is meant to be as relevant as possible to APEC’s broad membership, but the group’s diversity makes that a tall order. Its members range in size from China to Brunei Darussalam, in affluence from Australia to Papua New Guinea, and in economic openness from Singapore to Russia. The Aquino administration solved that puzzle by crafting an agenda that diplomats and international aid officials in Manila told OBG is largely targeted at the Philippines itself, though it is also broadly relevant for other developing and middle-income countries. Purisima told the finance ministers’ meeting after he announced the CAP’s four pillars, “These four pillars apply to us also. We would like to implement them on our own as it refers to domestic issues.” Indeed, the four pillars – promoting financial integration, advancing fiscal reforms and transparency, enhancing financial resilience, and accelerating infrastructure development and financing – reflect core elements of the Philippine government’s domestic agenda.

Fiscal transparency has been a focus of the Aquino administration. As a check on its progress, the government requested the IMF to evaluate the Philippines’ transparency policies against the IMF’s Fiscal Transparency Code, a set of principles and standards for disclosure of information about public finances. The IMF evaluation, published in June 2015, concluded that “recent reforms have been conducive to enhancing fiscal transparency” and judged fiscal reporting to be “relatively comprehensive, frequent and timely, with many areas of good and advanced practices”.

The main point of asking for the evaluation was to identify areas with room for improvement to help guide future reforms. According to the IMF, the main problem with the Philippines’ fiscal reporting is that it is difficult to make sense of the data being reported.

Responsibility for fiscal reporting is fragmented among too many agencies, whose reports are difficult to compare and reconcile, and the budget allocation system is overly flexible and complex, making it difficult to compare the details of fiscal expenditures to those of previous years or to the adopted budget. Four agencies publish fiscal reports in the Philippines: the Commission on Audit, the Department of Budget and Management, the Bureau of the Treasury and the Development Budget Coordination Committee.

The IMF acknowledged that frequent natural disasters make budget flexibility a necessity, but argued that flexibility was being used to work around fixable problems, such as the tendency of Congress to adopt budgets late. “Credibility is undermined by the overall complexity and flexibility of the budget framework,” the report said, including “earmarking, special purpose funds, and automatic appropriations permanently authorised by other laws, and the government’s substantial leeway to shape the allocation and composition of spending during budget execution”.

The CAP includes a number of tax-related goals under its fiscal reforms pillar, aimed mainly at avoiding erosion and narrowing of the tax base. This likewise has long been a top issue for the Philippines, which has been gradually improving its revenue collection since 2010 but still had the lowest revenues per GDP of any East Asian emerging market in 2014. The country’s main weakness is that it collects little from the corporate and personal income tax declarations of businesses, business owners and the self-employed, which concentrates the tax burden on salary and wage earners whose income is more easily collected through withholding (see analysis). 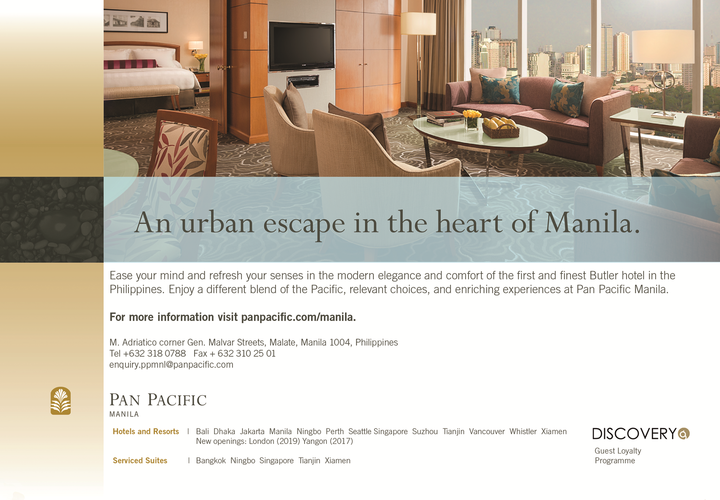 Another of the CAP’s fiscal goals has already been met in the Philippines: “rationalising and phasing out fuel subsidies.” In a region where many countries have traditionally subsidised fuel in an effort to stimulate growth, the Philippines moved relatively early to phase out such practices. The trigger was the 1997-98 Asian financial crisis, which exposed the high cost for the Philippines of subsidising imported fuels. More recently even regional oil producers have begun to reduce their fuel subsidies, which are increasingly seen as worsening urban congestion and draining public funds that could be better spent on mass transit.

Raising infrastructure investment is considered so important it is covered twice in the CAP, as a goal under the fiscal reform pillar and as another of the four pillars. While underinvestment in infrastructure has been a problem for many APEC members across all income levels, nowhere is the issue more acute than in the Philippines, where low-quality roads, mass transit, ports and energy supplies raise the costs of commuting and doing business, holding back competitiveness.

A cornerstone of the government’s drive to boost infrastructure spending, implementing public-private partnerships (PPPs) is a goal of CAP’s infrastructure pillar. The Aquino administration has put considerable effort into laying the groundwork for infrastructure PPPs, but most of the projects that have been prepared are expected to be finished under the next presidential administration.

“Inclusive infrastructure” – projects aimed at improving connectivity and promoting growth for underdeveloped areas and poorer communities – is a CAP goal and a high priority in recent and planned infrastructure spending in the Philippines. Among the PPP projects that are included in the figures above are two highways and three rail lines connecting Metro Manila to other parts of Luzon, seven upgrades to regional airports and two regional water-supply projects. In addition, the government is using PPPs to finance the building of 13,666 primary school classrooms across the country.

Two more CAP infrastructure goals – mobilising long-term capital and attracting institutional investors – likewise reflect the Philippines’ own efforts to use PPPs to absorb excess liquidity in its domestic banks and its hopes of attracting international investment into PPPs. So far PPP projects are being financed with syndication of loans among local banks, which welcome the opportunity to invest in relatively high-yielding, long-term assets at a time when their net interest margins on corporate lending are being squeezed.

A third CAP pillar, financial resiliency, has obvious importance for the most natural disaster prone major country in the world (only a couple of small Pacific island nations are more vulnerable). The Aquino administration has already gone a long way towards the CAP goal of “maintaining buffers for unexpected demand on fiscal resources” by running a small 0.5% of GDP fiscal surplus in 2014, according to the IMF’s estimate of the general government balance. Another goal under this CAP pillar, “developing innovative disaster risk financing and insurance” is a longer-term aim for all vulnerable APEC economies, and one the Philippines could especially benefit from.

The fourth pillar, financial integration, avoids duplicating the multiple free trade agreements that are in force or being negotiated among different sets of APEC members by focusing on specific goals. Among these is “enhancing micro, small and medium-sized enterprise financing”, a long-standing priority of the national government. Another is reducing the cost of international remittances, which is especially important to the Philippines as a major source of migrant workers to East Asia and the recipient of support from large permanent Filipino communities in North America.

Also under this CAP pillar are the goals of liberalising financial services and capital accounts, including through the Asia Region Funds Passport, a proposed agreement being negotiated among some APEC members that aims to enable cross-border marketing of managed investment funds across participating countries. Besides the Philippines members include Australia, New Zealand, Thailand, Malaysia, Indonesia, Vietnam, Hong Kong, Taiwan, Japan, South Korea and the US.