This article also features in The Report: Oman 2019. Read more about this report and view purchase options in our online store.

The sultanate’s continuing efforts to boost extraction, develop greenfields and refine its processing capacity are largely intended to support trade links that ultimately see the vast majority of its oil consumed far afield from Oman itself. According to data from the National Centre for Statistics and Information (NCSI), of the 265.5m barrels – 236m of crude and 29.5m of condensate – produced by Oman in the first three quarters of 2018, 222.6m, or 83.8%, were shipped abroad.

One trade partner in particular has developed and retained a major stake in the sultanate’s output. China purchased 179.7m barrels over that period, or around four-fifths of Oman’s exports, which gives the country significant power in negotiating the countries’ bilateral terms of trade. In light of this dependence, the trade dispute between China and the US has caused growing concern among Omani oil authorities, as US tariffs dampen local demand for Chinese merchandise, cut into China’s foreign currency holdings and threaten to reduce Chinese purchases of foreign petroleum.

Dating to 1966, when a pipeline was laid from the inland fields at Fahud and Natih to the coast at Muscat, Oman has exported most of its crude via Mina Al Fahal, Petroleum Development Oman’s main oil and petrochemicals facility located in the capital. The facility completed its first shipment the following year, when it managed to load 543,800 barrels of cargo onto a single tanker.

The local export market experienced a marked shift in 2016, when the Musandam Gas Plant, a holding of Oman Oil Company Exploration and Production, undertook an initial shipment of 300,000 barrels of crude petroleum. Its single-point mooring (SPM) marine offshore terminal, which is anchored off the west coast of the country’s northern enclave, is loaded, staffed and maintained by Marisol International, a logistics company based in the UAE.

Musandam’s market entry will soon be followed by the introduction of a third processing and shipping site at the Port of Duqm, where the Oman Tank Terminal Company has planned (OTTC) for the initial installation of two SPM systems and envisions the construction of three additional buoyed facilities in a subsequent phase of development. As part of the Duqm Special Economic Zone, this terminal will form part of a vast hub that also encompasses a new refinery, a new petrochemicals development complex and, further afield, an 80-km pipeline to a 200m-barrel, above-ground facility at Ras Markaz (see analysis and overview). OTTC’s development contract runs through to 2022.

The quality of exported crude, meanwhile, has also shifted of late. Heavier oils make up greater shares of total production, as enhanced oil recovery techniques extend the usability of older wells, while gas discoveries have also boosted the availability of lighter condensates. The change seems to have struck the right balance, as Yu Fulong, China’s ambassador to the sultanate, said that Omani crude “suits the needs of Chinese refineries” in an interview with local press in July 2018.

Although China remains a major producer of petroleum, its robust economic development has fuelled a growing demand for foreign oil, and in 2017 it became the world’s largest importer of crude petroleum, as the 8.4m barrels per day (bpd) received exceeded the 7.9m bpd shipped to the US. That year, Oman supplied 226.3m of those barrels, equivalent to 77% of the sultanate’s exports and 7% of China’s imports. Chinese interest in Omani supply has increased as part of the country’s effort to diversify its source markets for hydrocarbons and mitigate its dependence on imports from member states of the Organisation of Petroleum Exporting Countries (OPEC), whose share of oil supplied to China declined from 67% in 2012 to 56% in 2017. Russia remains the largest non-OPEC supplier of petroleum to the Chinese market.

DME Oman is now the sole determinate of official selling prices for Omani and Dubaian crude oil, which are in turn key benchmarks for global oil exports to Asia. Purchasing via the DME is favoured by Chinese refiners because of its flexibility, and the exchange has also proved its reliability and precision. For Oman, however, this medium subjects local crude petroleum to the ups and downs of the oil futures market, as well as short-term supply and demand factors within the Chinese economy.

Another component of Chinese oil imports relates to the growth of independent Chinese refineries, which account for around one-fifth of the country’s total refining capacity. These were hit with stricter tax regulations in early 2018, which negatively affected their margins. 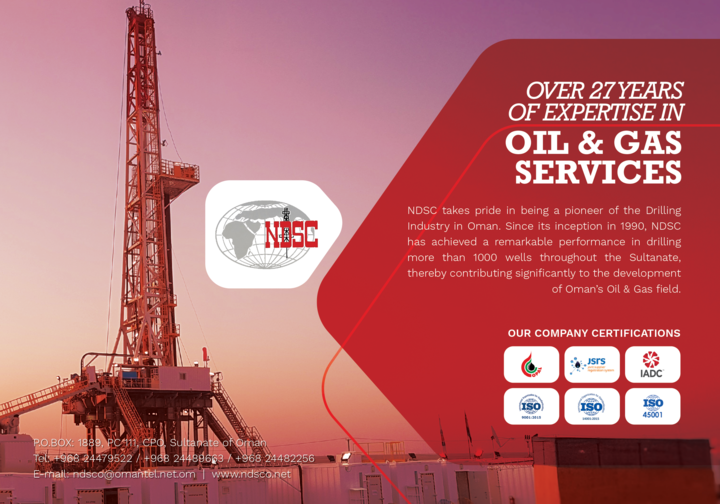 Demand for Omani crude petroleum was subsequently impacted, as the facilities cut output and, in some scenarios, shuttered plants. As a result, Chinese independent refinery imports recorded a 20-month low in June 2018, according to S&P Global Platts, an independent provider of information and data on energy and commodities.

As the year went on, however, demand for the sultanate’s oil rebounded, with DME Oman recording a recent high in September 2018 at $88.96 per barrel. Chinese independent refiners were once again partially responsible for this, as they sought to fill end-of-year quotas; the Chinese government sets how much throughput these companies are allowed. While the rise is a welcome one for oil traders, this demonstrates the degree of price volatility that Omani crude can be exposed to.

Although China accounts for the lion’s share of Oman’s oil exports, the sultanate has some other important customers, too. According to data from the NCSI, in the first nine months of 2018 India took 19.8m barrels and Japan purchased 13.5m. South Korea was also a buyer, taking 1m barrels, while some 8.6m barrels went to other nations. In the past, large customers also included the US – with 4.7m barrels in 2017 – and Singapore, which took 1.5m barrels that year.

In recent times, one key country within the “others” category has been Myanmar. This nation is emerging with strong demand, and has occasionally outpaced Japanese and Indian consumption per annum. Indeed, in May 2018 the South-east Asian country accounted for 13.75% of all Omani crude exports, placing it in second position after China. This made up for a decline in Indian and Japanese demand that month, while take from Malaysia – another rapidly developing country in the region – increased some 11% month-on-month to comprise 2.1% of the May 2018 total.

In the years ahead, Oman will likely encourage more countries to place orders for its crude petroluem as it seeks to diversify its buyers and thus cushion itself against any swings in Chinese demand. The fact that DME Oman is a benchmark for much Asian oil trading will be a major benefit in this. The Bombay Stock Exchange, for example, launched its first Omani oil futures contract in October 2018, raising the sultanate’s profile on the sub-continent. The future of oil prices themselves remains a matter of great debate, however. In early November 2018 the DME forecast contract prices drifting down during 2019 as uncertainty in many international and regional affairs persists.

Indeed, predictions for the year ahead are being shaped by a number of major global shifts. The imposition of more sanctions on Iran following the US withdrawal from the Iran nuclear treaty in May 2018 will lead to a cessation of Iranian oil exports, with other countries aiming to make up the difference. At the same time, the continuing trade war between the US and China may impact oil demand, as China derives less income from US consumers after the tariffs imposed in 2018 resulted in higher prices for Chinese goods.

“There is a danger that demand will be impacted,” Mohammed bin Hamad Al Rumhi, minister of oil and gas of Oman, told CNBC in September 2018. “People often focus on the supply side – what happens if Iran stops supplying? – but what happens if China reduces its consumption? Thus, we are looking at both sides of this discussion.”

Nevertheless, Oman is likely to remain a key source of petroleum in the years ahead, not only for China, but for other growing Asian economies, as well. 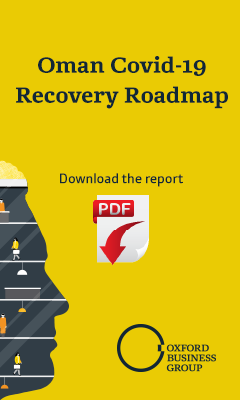