This article also features in The Report: Malaysia 2016. Read more about this report and view purchase options in our online store.

Malaysians and Singaporeans are eagerly anticipating the time when it will take 90 minutes – rather than the current four hours by car – to travel to each other’s capitals. This is the promise of the Kuala Lumpur-Singapore High-Speed Rail (HSR) line. When completed, the line will connect the Klang Valley and Singapore, with stops in between. The line will offer both express services from Bandar Malaysia to Singapore and a passenger transit service. Bandar Malaysia – a 197-ha redevelopment project at former airport site Sungai Besi, located 5 km from central Kuala Lumpur – will be the northern terminus of the HSR line. In time it will also form a major transportation hub, linking up other rail lines and new highways. The HSR’s express service will shuttle passengers from Bandar Malaysia to Singapore in 90 minutes. The two-hour transit service will also originate at Bandar Malaysia, but will call at Seremban, Malacca, Muar, Batu Pahat and Nusajaya before reaching its southern terminus in Singapore, at a station to be constructed at Jurong East.

The HSR is expected to add RM100bn ($24.8bn) to Malaysia’s GDP, 70% of which would originate from the project’s construction and operation, as well as the multiplier impact on tangential sectors such as real estate, tourism and services. Furthermore, if successful, the mega-project will also more closely integrate the Malaysian and Singapore economies. Because land values are lower and availability is more plentiful in Malaysia than Singapore, it would make sense for Singaporean companies to relocate the back-end and manufacturing parts of their businesses to Malaysia.

In December 2015 state-owned investment fund, 1Malaysia Development Berhad (1MDB), announced it was selling its 60% equity stake in Bandar Malaysia to a consortium comprising Iskandar Waterfront Holdings and China Railway Engineering Corporation (CREC) for RM7.41bn ($1.8bn). That amount was revised in January 2016 when 1MDB clarified that the consortium had paid less – RM5.28bn ($1.3bn) – for a share of the land’s net equity value. CREC will own 24% of the project equity after the deal is finalised. 1MBD also stated that the consortium’s 60% stake in Bandar Malaysia was unrelated to the HSR project – although the site will continue to be the HSR’s terminus station.

Up In The Air

Speculation about the final cost of the project is also contentious, with the project lead MyHSR CEO, Mohd Nur Ismal Mohamed Kamal, calling a RM70bn ($17.3bn) estimate made by CREC “speculation”. In 2007 YTL and Siemens AG estimated the HSR would cost RM8bn ($2bn).

Pre-qualification for the HSR tender itself is expected by mid-2016, with the second stage scheduled for late 2016. Construction on the line is forecast to commence by late 2017, but when operations will begin is another point of conjecture. The official date is 2020, but in November 2015 BMI Research flagged concerns that would push it beyond 2022. BMI based its concerns about the date on a number of potential complications identified in the course of its research on the project. They ranged from uncertainty about the project’s structure to disagreement over ownership between the countries, questions about stakeholder responsibility regarding the construction and operation of the railway, the source of funding, land acquisition permits and the potential for deterioration in bilateral relations. “The project is expected to be completed under a public-private partnership structure, although the specific model and level of government involvement has yet to be finalised. Both countries are also undecided on a capital structure for the project,” the BMI report noted.

As testimony to the importance of the mega-project, companies from Japan, China and South Korea have all shown interest in bidding on the HSR. Japan is eager to sell its bullet trains, with companies such as Hitachi and Mitsubishi Heavy Industries hoping that Malaysia will prove to be a lucrative new market. 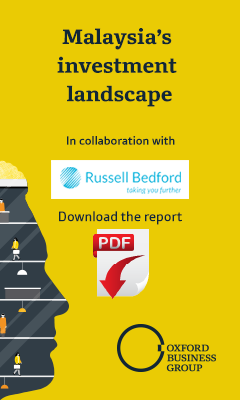