The Hashemite Kingdom of Jordan covers a total area of 89,342 sq km and shares 1635 km of land borders with the neighbouring states of Iraq, Israel, Palestine, Saudi Arabia and Syria, as well as 26 km of coastline on the Gulf of Aqaba in the south.

Topographically, the country is divided into three main areas: the Jordan Valley (part of the Great Rift Valley), which runs from north to south in the western part of the kingdom and is known south of the Dead Sea as Wadi Araba; the highlands region ( running roughly parallel to the Jordan Valley and Wadi Araba, to their east); and the eastern desert plateaux (known as the Badia). The mineral-rich Dead Sea, situated at earth’s lowest elevation on land, is named in reference to the high salt content that prevents any marine life from living in it. The highest point in the country is Jabal Umm Ad Dami, which has an elevation of 1854 metres and is located near the border with Saudi Arabia in the south.

The largest city in Jordan is the capital, Amman, located in the north-west of the kingdom. The governorate of Amman had an estimated population of around 2.5m at the end of 2012, according to figures from the Department of Statistics. Other major cities include Irbid, an important university town in the north of the country near the border with Syria; Zarqa, which sits north-east of Amman and is now on the verge of forming a metropolis with the capital, thanks to heavy industrial build-up and population expansion; and the port and resort city of Aqaba in the south.

Jordan’s population reached around 6.64m as of late 2014, according to the Department of Statistics. The numbers have been swollen significantly by successive waves of refugees from Syria in recent years, as well as by many Iraqis in the wake of the 2003 US-led invasion of that country.

The country is overwhelmingly Arab, though Circassians and Armenians each make up around 1% of the population, according to the kingdom’s latest census in 2004, and there are also a significant number of Jordanians of Chechen origin.

The royal family is of the Hashemite dynasty, which traces its descent back to the Prophet Muhammad and ruled the Hijaz, including the holy cities of Medina and Mecca in modern-day Saudi Arabia, between the 13th century and the early 20th century (while recognising the sovereignty of the Ottoman sultan from 1517 onwards).

Under Emir Sharif Hussein, the Hashemite family was a key ally of the UK during the First World War, leading the Arab Revolt against the Ottoman empire. In 1921 Hussein’s son, Abdullah, was awarded the throne in what was then the British-controlled Emirate of Transjordan, which gained independence in 1946. King Abdullah reigned from 1946 until his assassination in 1951 and was succeeded by his son, King Talal, who set out the kingdom’s 1952 constitution that remained largely unchanged until 2011. King Talal abdicated the following year and was replaced in turn by his son, King Hussein, who led the country for nearly 50 years.

Hussein’s reign saw a number of major events, including Arabisation of the Jordanian Armed Forces in 1956, the loss of the West Bank and East Jerusalem to Israel in 1967, the conflict between Jordan’s military and some Palestinian militants in 1970-71, and political reform and liberalisation in 1989 that saw the lifting of martial law, the legalisation of political parties and the holding of elections for the first time in over two decades. In 1994 King Hussein signed a peace accord with Israel.

Hussein died in 1999 and was succeeded by the current king, Abdullah II. The king and his wife, Queen Rania, have four children: Crown Prince Hussein, Princess Iman, Princess Salma and Prince Hashem. Political developments under King Abdullah include meaningful revision of the constitution in 2011 and concrete steps towards a maturing party-based parliamentary system of government, where the monarchy retains its constitutional role as a unifying institution and guarantor of freedoms and pluralism. Next in line to the throne is Crown Prince Hussein. 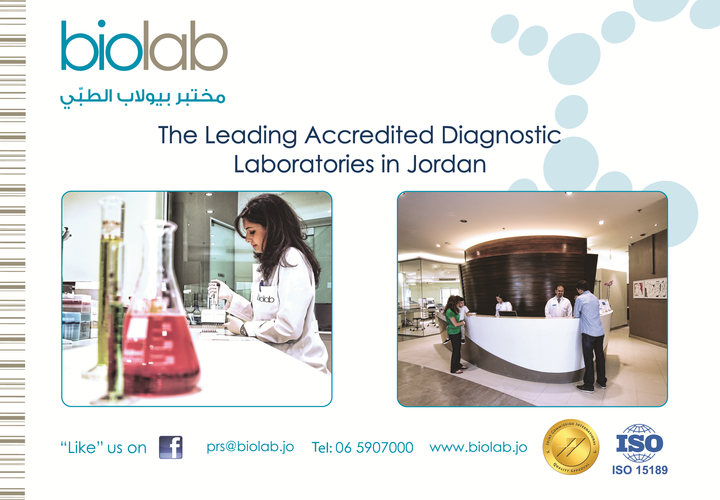 Roughly 92% of Jordanians are Sunni Muslims. There are also a number of Jordanian Christians, most of whom are Greek Orthodox, accounting for around 3% of the population. Christians are free to practise their religion in Jordan and they have their own personal status laws and church courts.

Drawing on its values of tolerance and moderation, Jordan is a leader in local, regional and global inter-faith and intra-faith initiatives that are aimed at promoting harmony and dialogue between different religious and ethnic groups.

The kingdom has many important biblical and pilgrimage sites, notably Bethany-Beyond-the-Jordan, where Jesus is said to have been baptised by John the Baptist, and Mount Nebo, from which Moses is said to have been given a view of the promised land. Jordan is also home to the tombs of many of the Prophet Muhammad’s companions, who were martyred and buried there. The kingdom has a special place in the history of Islam as well, as it was the first territory to which the religion spread outside of the Arabian Peninsula. Efforts to attract more religious visitors, both Christian and Muslim, are ongoing.

Around 75% of Jordan’s territory has an arid desert climate, though the west of the country has Mediterranean weather and the northern highlands (including Amman) receive significant rainfall and snow in the winter. The hottest months in Amman are July and August, when the temperature ranges between daily averages of 19°C and 31°C, and the coldest month is January, when the temperature generally ranges between 4°C and 11°C. January and February are the wettest months, with average precipitation in Amman of 63.5 mm, while the June to August period usually sees almost no rainfall.

Water resources are extremely scare. Jordan is the fourth most water poor country on earth, with per capita availability of water at around 140 cu metres per year. By way of comparison, the international water poverty line is set at 500 cu metres per year.

Arabic is the official language of the kingdom, the language of instruction in schools and used in the media, literature, formal occasions and official communications. As in all Arab countries, the everyday spoken language – aamiyeh – differs from standard literary Arabic. In keeping with the kingdom’s location, Jordanian aamiyeh is close to the colloquial Arabic spoken in the rest of the Levant region, and also has similarities to Egyptian and Saudi colloquial dialects, making Jordan’s local tongue comprehensible to much of the Arabic-speaking world. However, the local dialect varies throughout the kingdom in terms of the vocabulary and pronunciation, with aamiyeh in urban areas differing from that spoken in rural areas and by Bedouins. English is taught in schools throughout the country and is widely spoken by Jordanians.

Jordanian culture is heavily influenced by Bedouin tradition, of which storytelling, singing and poetry form an important part. Prominent modern Jordanian writers include Mustafa Wahbi Al Tal, one of the best-known Arab poets of the 20th century. The capital hosts a number of art galleries, such as the National Gallery of Fine Arts and Darat Al Funun (“House of the Arts”), and several theatres. Cultural events include the Amman International Theatre Festival, the Jerash Festival of Culture and Arts, and the Aqaba Traditional Arts Festival.

The national dish is mansaf, a Bedouin meal of lamb cooked in dried yoghurt and served with rice which is enjoyed on special occasions. Other dishes include maglouba, a meat, vegetable and rice dish cooked in a pot then flipped onto a plate, giving the dish its name, which means “upside down”. The staple Jordanian diet includes rice, hummus and white cheese. A popular desert is kanafeh, a sweet and syrupy cheese pastry.

Traditional hot drinks include tea, taken black with sugar and sometimes flavoured with herbs or spices, as well as coffee prepared in both Turkish and Arabic style: the former is dense and contains unfiltered coffee grounds, while the latter is thinner and heavily flavoured with cardamom. The country produces its own wine, much of which comes from the Madaba region where many Christians reside, although other areas now produce wine as well.