There is little doubt that Indonesia’s burgeoning e-commerce industry has high growth potential: the Ministry of Information and Communications Technology estimates the segment could reach a value of $130bn by 2020, which would make it the third-largest e-commerce market in Asia behind China and India. As the fourth-most populous country in the world and home to a large number of online entrepreneurs, Indonesia offers a variety of services and products to a growing and increasingly mobile-friendly population.

PENETRATION: According to market reports by The Association of Internet Service Providers in Indonesia, the country surpassed 100m internet users in May 2016, which is more than 40% of the population. As sales of smartphones increasingly outweigh those of desktop computers, mobile devices are growing to dominate internet traffic – as of 2014, 70% of internet activity was being conducted using mobile devices. While there are a number of channels through which e-commerce providers can advertise, social media remains the largest potential platform for e-commerce: more than 92% of the population has a Facebook account, and 63m mobile subscribers used its app in 2015.

The number of active social media users is lower, yet still significant: eMarketer released data in the second quarter of 2016 stating that around one-third of the Indonesian population is active on social media platforms such as Facebook, Instagram, Twitter, Line and Whatsapp. Interestingly, these services are used not only for social media, but also as e-commerce platforms for small and medium-sized enterprises.

LOCAL DOMINATION: According to data from iPrice, an online shopping aggregator, local companies still dominate e-commerce activity in Indonesia. Research conducted by the institute in the first quarter of 2017 revealed that seven of the top-10 e-commerce websites belonged to local businesses. They are Tokopedia, with 46.5m monthly visits, Elevenia with 34.6m, Bukalapak (28.3m), Blibli.com (25.7m), Alfacart.com (17m), Mataharimall.com (7.5m) and Bhinneka (4.5m). Tokopedia has the most retail transactions on its site, an accomplishment which helped the firm raise $100m in a single investment round led by Softbank of Japan and Sequoia Capital of the US in October 2014.

While local players have managed to capture significant market share, their position in the segment will likely be affected by Presidential Regulation No. 44/2016 (see overview), which enables foreign players to own 100% of an e-commerce company provided that they invest a minimum of Rp100bn ($7.5m). This could reduce the influence of some local companies as more competition is introduced to the market.

POTENTIAL: There are a number of factors that make Indonesia an enticing e-commerce destination for some of the world’s largest players, but the demographic composition of the nation alone is enough to attract investor interest. For example, the statistics bureau for East Java estimates that the country’s population will surpass that of the US by 2060, reaching 500m by that time. Furthermore, the rate of internet penetration and smartphone usage is on the rise, and half of Indonesia’s population is under the age of 30, which indicates there is a large potential customer base for online vendors moving forward.

Joint research released by Google and Temasek Holdings of Singapore suggests that the Indonesian digital economy will account for more than 40% of Southeast Asia’s digital activity – including e-commerce, online games and advertising – by 2025, or $81bn of the projected $200bn for the region. Of the $81bn, an estimated $46bn will be contributed by Indonesia’s e-commerce segment alone.

State officials have announced a digital economy target of $114.5bn by 2020, dwarfing Google and Temasek Holdings’ projections, although this goal is considered overly optimistic by many industry players. If the government hopes to reach this figure, major strides must be made regarding internet infrastructure and speed.

Although informal physical retail sales continue to dominate the Nigerian market, e-commerce has experienced exponential growth in recent years, culminating in a significant push towards online shopping in 2020-21 in the face of pandemic-induced lockdowns. Market Footprint Home to two of Africa’s big-five online retailers, the Nigerian e-commerce market was valued at about $12bn in 2019, according to the US International Trade Administration, and was slated to reach $75bn in revenue by 2025 … 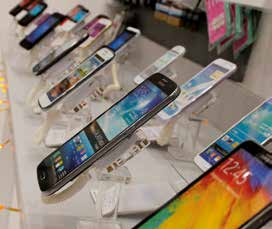