With decades of economic protectionism inhibiting investment, Indonesia moved to implement dramatic reforms in February 2016, with President Joko Widodo’s announcement of the 10th of 12 economic stimulus packages. The leader described the reforms as a “big bang” relaxation of restrictions on foreign investment, with the highlight being that 35 industries were removed from the government’s so-called negative investment list (DNI) – which outlines the sectors in which foreign investment is prohibited or restricted. Although 20 new sectors also became closed to foreign investment, new opportunities in high-potential industries, including e-commerce, highway construction, cold storage and retail, have had a significant impact on investor sentiment and should help the country meet its ambitious 2016 foreign direct investment (FDI) targets.

Indonesia’s modern history of protectionism dates to the 1950s, when the socialist economy all but prohibited foreign investment in the local economy. The system had collapsed by the mid-1960s and was replaced by a dramatic reform programme known as the New Order, which saw the promulgation of the 1967 foreign investment law, as well as the opening of the oil, consumer goods and heavy industry sectors to FDI for the first time. Coupled with sharp increases in global commodity and oil prices throughout the 1970s and 1980s, these FDI reforms brought an influx of natural resource revenues to the Indonesian economy and attracted a host of new oil and mining multinationals.

These changes had a dramatic impact on the economy, ushering in a golden area of expansion, with GDP growth hitting 8.45% in 1983 and only straying below 5% in 1985. However, the Asian financial crisis drove growth down to 4.7% in 1997 and was followed by a 13.1% contraction in 1998. In 1992 Indonesia also strongly supported development of the ASEAN Free Trade Area and promoted the Bogor Declaration at the APEC summit in 1994, paving the way for further regional economic integration. Combined, these moves had a tremendous impact on productivity, with Indonesia’s manufacturing sector rising to become a primary growth driver, thanks to firms finally being able to access inputs at prices closer to international levels.

The implementation of economic reforms in Indonesia has been somewhat volatile, as the Lowy Institute for International Policy highlighted in a 2015 report regarding trade protectionism in Indonesia. According to the publication, difficult economic circumstances have historically led Indonesian leaders to enact reform packages, such as the aforementioned liberalisation packages that were rolled out in the 1980s and 1990s. However, the report also noted that rather than resorting to such tactics in recent times, successive governments have returned to protectionist policies since the financial crisis of 2008 and 2009.

The report highlights that non-tariff barriers and investment restrictions were rolled out despite an economic slowdown, driving up prices for consumers at the exact moment when their purchasing power was declining, while also reducing the competitiveness of Indonesian firms. “A strong rupiah, anti-foreign sentiment, increased Chinese competition in the global supply chain and the populist preferences of new Indonesian President Widodo have all combined to push Indonesia toward protectionism,” wrote authors Arianto Patunru and Sjamsu Rahardja.

The DNI of 2014, the last revision to the list before 2016, certainly supported the Lowy Institute’s assessment, as it restricted access to critical sectors and was characterised as anti-business at the time. However, the revisions, launched in May 2014, did offer some positives, including opening the pharmaceutical and advertising sectors to foreign investors, as well as clarifying that any sector not included in the DNI was open to FDI. However, the revisions also set new limits for investment in oil services, retail and small power plants, while also restricting foreign ownership in cold storage, warehousing, horticulture and, for the first time, e-commerce. 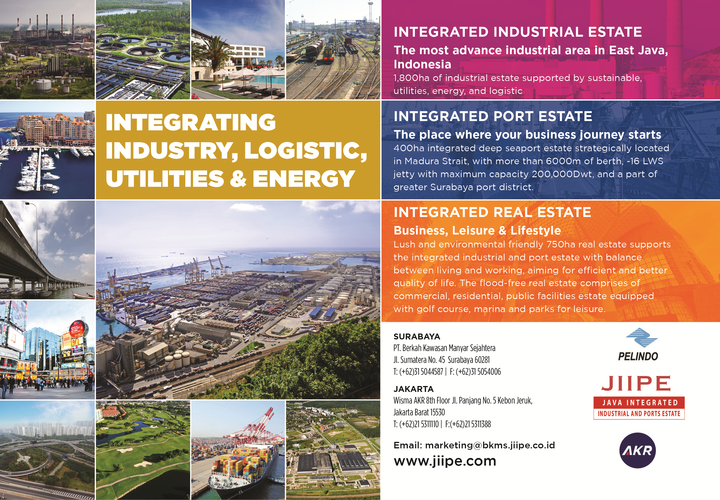 As part of an effort to reduce dependency on commodity exports and shift the focus to value addition, the government also enacted a ban on the export of unprocessed minerals, which came into effect January 2014, under the assumption that it would spur investment in domestic processing. Although the policy was enacted under the previous administration, Widodo affirmed his commitment to the ban in November 2014. In Indonesia, which is the world’s largest nickel ore producer and third-largest bauxite producer, this has had an effect on investor sentiment, leading the Lowry Institute to describe Widodo’s early record as “bad times and bad policy”.

Since the publication of the Lowry Institute report, a host of recent policy announcements and stimulus packages opening new sectors to FDI and removing non-tariff barriers in a bid to improve the ease of doing business have been announced.

The government has also bumped up ownership limits to 67% in a range of segments in health care, businesses that train employees, travel bureaus, golf course developers, warehousing, flight logistics support companies, natural tourism management, private museums, catering companies, convention centres, consulting business with contract values above Rp10bn ($730,000), construction businesses with contract values above Rp50bn ($3.7m) and telecommunication network providers offering integrated services. Lastly, foreign ownership of up to 51% is now feasible in seven business lines, while a 49% limit of shares in 32 segments has remained in place, such as acupuncture, land transportation and high-voltage electric installation. The revisions stand as part of a dozen new stimulus packages between September 2015 and April 2016.

Tom Lembong, then-minister of trade, also told media that the overhaul of the DNI would help prepare the country for new free trade agreements, including the expansive Trans-Pacific Partnership (TPP), which Indonesia has said it will eventually join (see analysis). He also said that where the limit on foreign shares was bumped up from a minority to a majority share within the framework of the DNI, it was done so to enable compliance on equity cap regulations contained within the TPP and a planned free trade agreement with the EU.

Opening the health care sector is expected to have a dramatic impact on investment in hospitals, clinics and laboratories, and could start the beginning of far-reaching health care reforms, with foreign medical professions prohibited at present from practising in Indonesia. Changes to e-commerce and toll road construction restrictions are particularly promising, with Frost and Sullivan reporting in 2016 that the country’s e-commerce industry is expected to expand at a compound annual growth rate of 31.1% to reach $3.8bn by 2019. Further to reforming restrictions on toll road construction, the government is in the midst of an ambitious infrastructure programme emphasising public-private partnerships in transport construction, with over 700 km of new highway expected to break ground in 2016 alone. New foreign investment in cold storage will also be an important step towards filling the country’s widening infrastructure deficit, supporting further growth in sectors such as fisheries and agricultural processing, which have been hurt by insufficient distribution and logistics networks (see Agriculture chapter).