Banking
From The Report: Colombia 2014
View in Online Reader

The past decade has seen the Colombian banking sector expand against a backdrop of economic growth, improved security and macroeconomic stability. An emerging middle class in need of financial services has fuelled the rise in banking penetration. Although accessing financing has often been a struggle for low-income households and micro-businesses, a fresh influx of microcredit and mobile banking is providing financial services to new segments of the population. Total assets of credit institutions reached $213.9bn by December 2013, growing 14.7% from the previous year. Though well-established Colombian groups continue to lead the market, recent merger and acquisition activity is changing the sector’s structure, bringing in new players. On the regulatory front, 2014 has been a transition year thus far, as Colombia’s financial system moves towards the adoption of International Financial Reporting Standards, scheduled to commence in 2015. This chapter features an interview with Luis Carlos Sarmiento Gutiérrez, CEO, Grupo Aval.

Economic growth, improving security and macroeconomic stability in the past decade have helped the Colombian banking sector expand. An expanding middle class in need of financial services has also seen banking penetration rise, while financial products such as credit cards and mortgages have shown double-digit growth rates during recent years. Although accessing financing has often been a struggle for low-income households and micro-businesses, microcredit and mobile banking are helping to provide…

Interview:Luis Carlos Sarmiento Gutiérrez About 69% of Colombians use at least one financial product. How can that figure be increased? LUIS CARLOS SARMIENTO GUTIERREZ: While the country has made significant strides in recent years, the banking sector has two major priorities. First, we need to include the 31% of Colombians who do not yet have access to the financial system. To achieve this, banks are developing new deposits and loan products that respond to the financial needs of the unbanked. Besides…

Unlike other Latin American markets, Colombia’s banking sector is led by local financial groups. The three largest are Bancolombia, Grupo Aval and Davivienda, which control almost 64% of all loans (see overview). Even though banking penetration is growing, and at 69.3% still has an upside potential, according to the Finance Entities and Banking Association (Asociación Bancaria y de Entidades Financieras, Asobancaria), Colombian banks are looking abroad for more growth opportunities. Acquisitions…

International investors are looking at Colombia with growing confidence thanks to several political and economic improvements. Colombia’s economy has registered an average 4.3% GDP growth rate and 2.7% GDP per capita growth rate since 2000, according to World Bank figures. This has resulted in a growing middle class and a decrease in the percentage of the population falling under the national poverty line, which has gone from 42% in 2008 to 32.7% in 2012. Political stability and improved security…

As in most Latin American countries, financial inclusion in Colombia is a challenge. Deficiency in infrastructure and education, together with a high level of labour informality and large difficulties in accessing the vast rural areas of the country, make large parts of the population unable to participate in financial services. However, Colombia continues to take important steps in the process of financial inclusion. By The Numbers According to the Banking and Financial Entities Association (Asobancaria),… 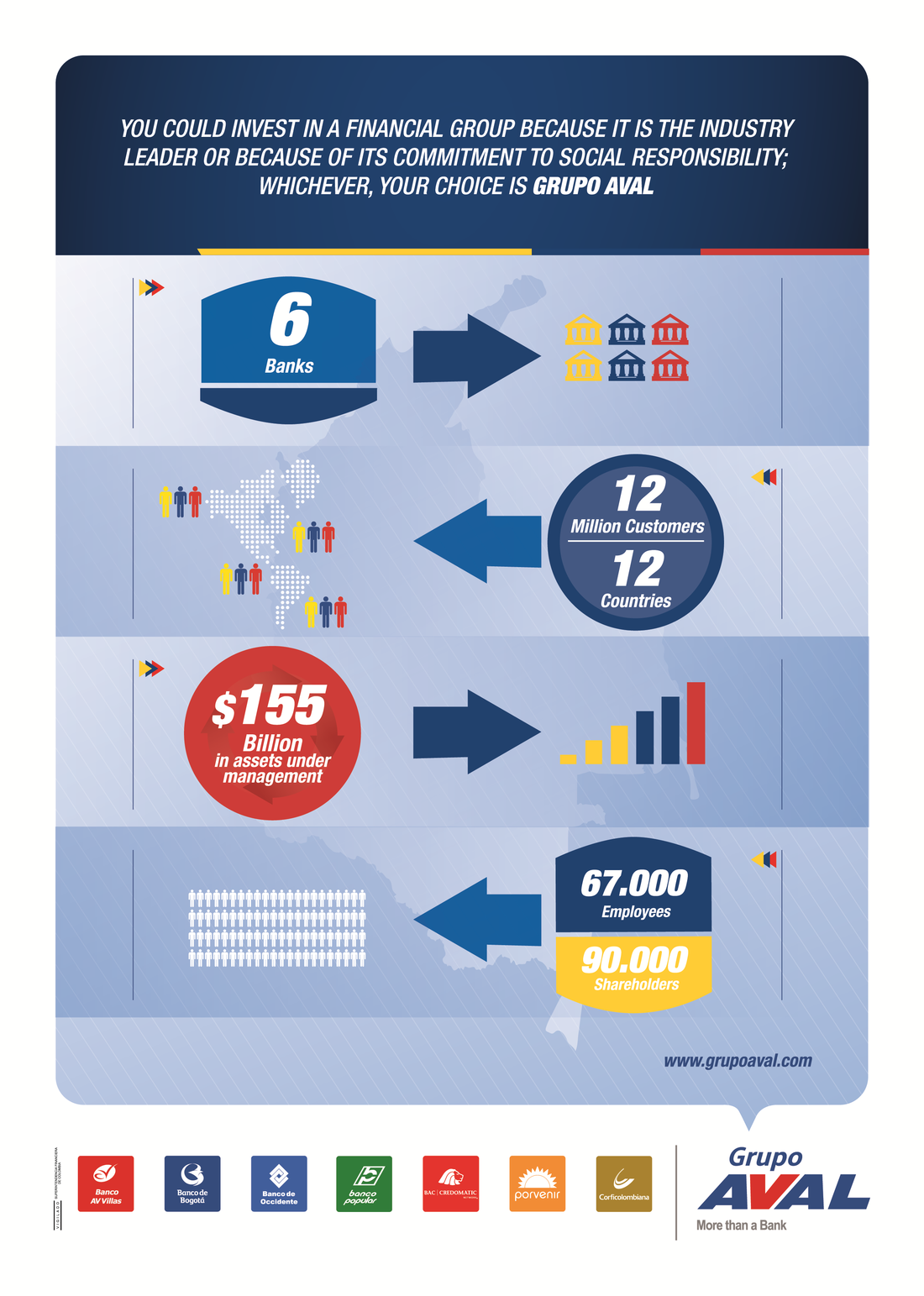