This article also features in The Report: Bahrain 2018. Read more about this report and view purchase options in our online store.

In 2017 Bahrain took an important step towards a more centralised approach to sharia supervision. The issue has been on the domestic agenda for some years, and speaks to the broader conversation taking place in the global Islamic financial services (IFS) sector as to how the industry should be governed.

Currently there is significant variation in IFS regulatory frameworks from one jurisdiction to the next, but most fall within one of two basic models: a largely self-regulating system by which Islamic finance institutions use their own sharia supervisory boards (SSBs) for rulings on new products and services; and a centralised framework, such as those operated by Indonesia and Pakistan, whereby some form of higher sharia authority pronounces on questions of sharia compliance. The advantages and challenges arising from both models have long been a matter of debate within the worldwide IFS sector, and Bahrain’s position as a leading regulatory player has ensured that it has been at the forefront of it.

NEW CHALLENGE: The kingdom’s approach to sharia regulation has to date followed a decentralised approach. While the Central Bank of Bahrain (CBB) has a sharia board, its activities have historically been limited to vetting the CBB’s own products.

Financial institutions operating according to sharia precepts therefore turn to their proprietary SSBs for decisions on new products and services, which many in the industry feel has allowed for its rapid development, due to the speed with which banks and other institutions can secure approval for instruments. A large number of sharia boards dispersed throughout the domestic industry also establish a fertile intellectual environment from which new products emerge, in that the system provides more possibilities for ijtihad (the process of interpreting Islamic law and coming to a legal decision).

However, while the self-regulation model might result in a speedier and more creative regulatory environment, it is also associated with a significant drawback: in the eyes of many, the absence of a primary sharia board in any given jurisdiction limits the standardisation necessary for an efficient industry, as interpretations of some of the finer points of Islamic law differ from one institution to the next.

This challenge has become more salient in recent years. In the early decades of the modern IFS industry banks and sharia-compliant institutions were primarily concerned with transforming essential instruments, such as loans and bonds, into products which were in accord with the precepts of sharia.

ADDED INTRICACY: More recently, however, the industry has been increasingly introducing more advanced instruments into the sharia arena, such as futures, derivatives and complex financing structures. Interpretations of sharia on these intricate concepts have begun to differ, and the task of achieving regulatory harmonisation across the sector has consequently become more challenging.

Other concerns regarding the effectiveness of proprietary sharia boards have also emerged over recent years. One issue frequently cited by opponents of the self-regulation model is the possibility of conflict of interest, as sharia scholars on propriety boards are effectively paid by the bodies on whose products and services they are ruling.

These and other concerns have strengthened the argument for a centralised sharia supervisory framework in Bahrain, and in 2014 the CBB responded to this shift in sentiment. The CBB governor, Rasheed Al Maraj, chose an industry conference to reveal the regulator’s new thinking on the matter, announcing that the central bank intended to establish a new sharia board that would oversee Islamic finance products in the kingdom and introduce new rules to strengthen the governance of the sector.

REGIONAL POSITION: The news was welcomed by many in the domestic IFS sector. In their view, establishing a centralised sharia board would place Bahrain at the forefront of the regulatory movement. While Oman established a central sharia board in 2014, it has yet to involve itself with areas such as product approval, restricting its activities to discussing general IFS market matters.

The UAE Cabinet approved the establishment of a sharia board in 2016, with its first members appointed in 2017. However, there has to date been little detail as to the remit of the body other than the broad statement that it would be “responsible for setting rules, standards and general principles for banking and financial activities that comply with Islamic laws as well as setting a general framework for Islamic governance and fatwa [legal opinion] issuance on matters highlighted by the central bank or other financial institutions in the country.”

At the time of the CBB’s announcement, therefore, the regulator had the opportunity to gain an institutional lead over other jurisdictions in the Gulf by establishing itself as the first market in the region to introduce a fully fledged sharia board of the variety seen in some parts of South and South-east Asia.

GRADUAL APPROACH: However, the counter argument to centralisation remains strong. Many fear that the introduction of a sharia board would slow down the approvals process for new products and services, and stifle innovation, placing the Bahraini market at a disadvantage to its regional counterparts. In this view, a proactive, centralised sharia board represents an unnecessary additional layer of bureaucracy. It is perhaps for this reason that the CBB has yet to introduce its proposed board, and has concentrated instead on tightening regulation of the IFS sector in a bid to ensure its sustainability.

In September 2017 the regulator released a new sharia governance module in what it described as a “major attempt to establish [industry-leading sharia] governance principles and practices in Bahrain.” The move came after an extensive period of consultation with the domestic industry and the CBB’s own SSB, and represents the beginning of a new era of sharia governance that may prove to be a useful model for other jurisdictions in the region.

The new rules are applicable to Islamic retail and wholesale banks, and will come into effect on June 30, 2018. The principal innovation is a new requirement that banks undergo an independent external sharia compliance audit, a development that effectively ends the era of self-regulation.

Banks’ proprietary sharia boards, meanwhile, are to be compelled to make their rulings on products and services available to the public by publishing them both online and in the institution’s annual report – an important advance in governance and transparency. “The sharia governance module sets higher standards of transparency, governance and competence for Islamic banks in Bahrain. It clarifies the roles and responsibilities of the management and the board of directors towards sharia compliance. Adhering to high standards of sharia governance also provides added protection to investors and other stakeholders”, Khalid Hamad, executive director of banking supervision at the CBB, said in a statement released at the time.

LOOKING AHEAD: Some questions as to the application of the new system remain to be answered. At the close of 2017 the CBB had yet to provide guidance as to who would be qualified to conduct external audits. The question is an important one not just for banks, but also for the ancillary IFS firms which populate the domestic market.

However, the regulator has made clear that, unlike the decisions of proprietary SSBs, the findings of the external audits will not be made available to the public. In the second half of 2017 the CBB also stated that it would soon issue a series of training and competency requirements, both for members of sharia boards and for sharia auditors.

The new framework appears to strike a pragmatic compromise between the centralised and self-regulating positions, and its announcement has been broadly welcomed. In September 2017 credit ratings agency Moody’s described the development as credit positive for investors, as it will result in a more consistent and robust system for ensuring sharia compliance for Islamic products in the kingdom, particularly sukuk (Islamic bonds). In the longer term, the question of whether or not the CBB will move ahead with its initial plan of developing a centralised sharia authority to control sector activity remains unresolved. The performance of the new IFS regulatory framework over the coming period will very likely have a significant influence on the answer. 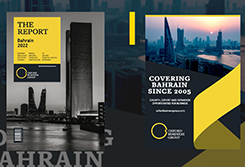 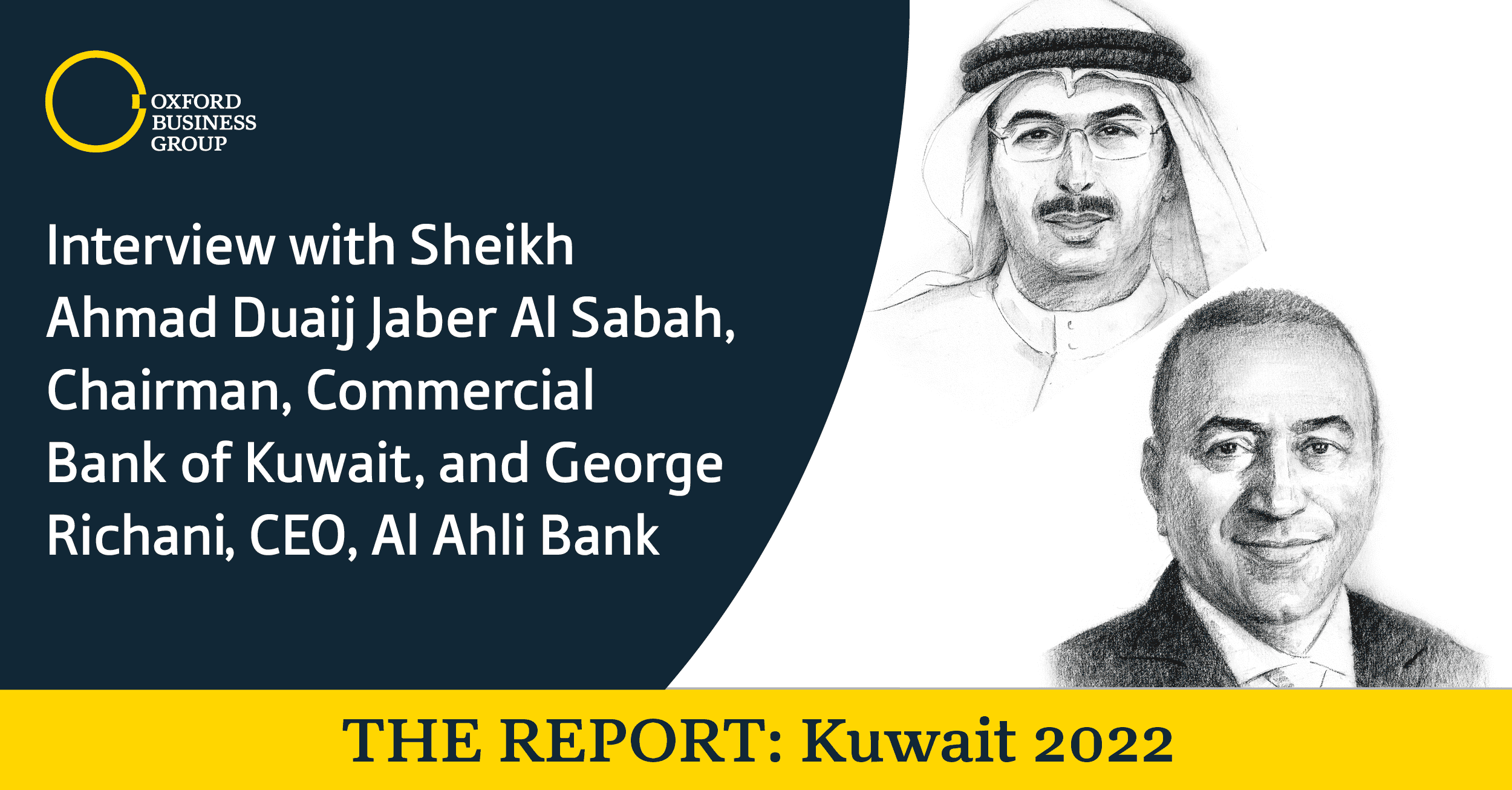