Agriculture in Algeria is primarily rain-fed and often suffers from droughts, which have worsened in recent years due to climate change. The government, therefore, has plans to expand irrigation networks to cover 2m ha, or 25% of arable land, by 2021 – 700,000 ha more than the 1.3m ha irrigated in 2018. This need was recognised some years ago, with the 2015-19 development plan allocating $18bn to improving water security – its single biggest investment area. Boosting storage capacity through new dams and desalination plants, as well as modernising irrigation infrastructure, are essential components of the strategy.

Algeria has about 8m ha of arable land, roughly 3.5% of its total area. According to the National Union of Algerian Farmers, this could be expanded to 30m ha over the long term if irrigation resources are developed, despite severe climate conditions. In the short term, however, local experts are worried that the country’s cumbersome bureaucracy will stymie the more modest effort to irrigate 2m ha by 2021.

Infrastructure upgrades must accompany plans to expand irrigation, as an estimated 30% of the country’s water is lost due to sub-par transportation and distribution networks, according to Hocine Necib, the minister of water resources and environment. Between 2000 and 2018, 439 foggaras – underground conduits that lead water from the interior of a hill – and a number of support systems, such as wells, pumps and canals, have been built or renovated with this in mind.

Success stories have been seen in cereal production, where certain pilot farms in the south have reached yields of 7 tonnes per ha thanks to modern watering techniques, Reda Hachelaf, director of private food group Couscous Mama, told OBG. The national average for cereal varieties is 1.9 tonnes per ha.

Reaching 2m irrigated ha also requires capturing and storing 8m cu metres of rainfall every year, and this is where dams play a role. Some 80 dams were active in the country in April 2018, with five more under construction. When completed, the new dams will boost total capacity to 9bn cu metres, according to the Ministry of Water Resources, up from 6.5bn cu metres when 75 dams were in operation in mid-2017. Indeed, in the second half of 2017 five new dams came on-line: Ouldjet Mellegue dam in Tébessa, Soubella dam in M’sila, Béni Slimane dam in Médéa, Ettaht dam in Mascara and Seglaba dam in Laghouat. The longer-term vision is to have 139 dams operational by 2030, raising the country’s overall capacity to 12bn cu metres.

The authorities also aim to increase the capacity of desalination plants, which stood at 2.1m cu metres per day (cmpd) in August 2017, up from just 50,000 cmpd in 2002. The construction of 11 desalination facilities between 2000 and 2017 have allowed for the processing and reallocation of water for irrigation purposes. The largest of these is the Magtaa desalination plant in Oran, which has the capacity to process 500,000 cmpd, making it the largest such facility in Africa. The $443m plant was developed in 2015 as a public-private partnership with Singapore’s Hyflux.

Algeria has less than half of the World Bank’s water scarcity threshold of 1000 cu metres per inhabitant per year, and the farming sector consumes 70% of the total water supply. More specialised methods, however, could reduce water use by 10-20%, or 700m-1.4bn cu metres, and permit the irrigation of an additional 300,000 ha of land. Proposed economising measures include promoting the practice of drip and spraying techniques. Areas irrigated by water-saving methods grew from 90,000 ha in 2000 to 600,000 ha in 2018, representing 50% of total irrigated land. Traditional agricultural practices accounted for the rest.

Furthermore, in August 2018 the Ministry of Agriculture, Rural Development and Fisheries moved to take action against farmers who use wastewater for irrigation. Those on public land will be evicted from their plots, while those on private land are to be legally prosecuted. The crops will then be disposed of. 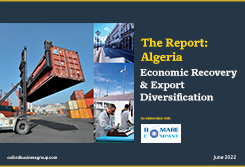 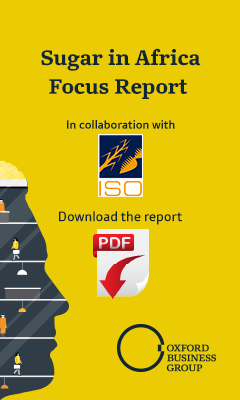