This article also features in South-east Asia at the forefront of the CBDC revolution. Read more about this report and view purchase options in our online store.

– Many emerging nations’ central banks are trialling or considering CBDCs

– Cambodia has launched a CBDC, while several other states are undertaking trials

– An East Asian common currency based on blockchain has been proposed

The coronavirus pandemic gave rise to a massive acceleration in the spread of digital payments and cryptocurrency. This in turn has prompted central banks around the world to trial central bank digital currencies (CBDCs), a digital form of hard currency that is based on blockchain, but backed and issued by a central bank.

A report in the Economist recently noted that, with the exception of China, it is medium-sized emerging economies that are most interested in CBDCs, and furthest advanced in their development.

Such states are “too big to accept the loss of monetary autonomy” that is associated with cryptocurrency, but at the same time “sufficiently small to be exposed to the risk of foreign-currency competition”, another potential pitfall of the proliferation of transnational digital currencies. Nowhere is this truer than in South-east Asia.

The region has long been at the forefront of new financial technology: OBG has recently explored how several South-east Asian nations are trailblazers in digital payments, cryptocurrency and blockchain.

For example, last year the central bank of the Philippines approved 16 cryptocurrency exchanges, while statistics firm Statista found that 20% of Filipino participants had used crypto in 2020, putting the country in third place in terms of adoption, after Nigeria and Vietnam, which were first and second, respectively.

Vietnam is a rather special case, however. The country is seeing high levels of growth in digital currencies despite a central bank ban on their use as a form of payment. In this, it is representative of a worldwide tendency.

Being decentralised and international, cryptocurrencies’ value is determined by the market and not influenced by levers such as monetary policy or the trade balance. In addition, it facilitates – even encourages – money to flow across borders. This has led to national governments and central banks attempting to curtail its proliferation, usually with limited success, as the example of Vietnam shows.

This lack of success is in part why many individual nations are shifting their positions and trialling CBDCs, which likewise utilise blockchain technology, but preserve a country’s monetary sovereignty.

Once again, South-east Asia is at the forefront of this trend.

In October last year Cambodia saw the nationwide launch of its CBDC, known as Bakong. In the pipeline since 2016, it was developed by the National Bank of Cambodia in collaboration with SORAMITSU, a Japanese/Swiss financial technology (fintech) company.

The project has reportedly been used by almost one-third of the population. It is hoped that low barriers to entry could act as a spur to financial inclusion, which is one of the various benefits of CBDCs that are attractive to emerging economies.

Singapore, meanwhile, has long been a pioneer in digital payments, and in December last year the Monetary Authority of Singapore (MAS) concluded a five-year study into blockchain and distributed ledger technology, called Project Ubin.

While there are currently no plans for the expansion of Project Ubin, in June the ASEAN Financial Innovation Network – a non-profit organisation jointly run by MAS, the International Finance Corporation and the ASEAN Bankers Association – announced the launch of a new digital currency sandbox, in which banks and fintechs will be able to build and test CBDC applications.

Elsewhere, in May this year Indonesia’s central bank announced that it was planning to launch a CBDC, and is currently assessing which platform to use. This is partly in response to a recent spike in online banking activity: in April, the bank reported that transaction frequency on digital banking platforms rose 60.3% year-on-year.

At present, the country prohibits the use of cryptocurrencies in transactions, but their trading is allowed.

Meanwhile, in June Thailand awarded a contract to develop a CBDC to Giesecke+Devrient Currency Technology, a German firm.

In addition, the country’s central bank has collaborated with US-based blockchain company ConsenSys and the Hong Kong Monetary Authority on a cross-border CBDC.

As the latter example suggests, the disruptive potential of CBDCs goes beyond individual economies.

Researchers working out of Japan’s Kobe University have recently published a series of papers outlining proposals for an East Asia-wide digital common currency.

The authors argue that, given the US dollar remains the region’s main trade invoicing currency, Asian economies tend to be heavily affected by US monetary policy.

In this sense, the introduction of a digital common currency – based on blockchain and issued by individual central banks – could serve to promote integration and deepen cooperation within multilateral frameworks, as well as protect the rights of smaller and medium-sized economies.

The use of blockchain, online banking and digital payments means that paper currency would not need to be issued, which until recently was a principal obstacle to such a project.

While this proposal may still be in the embryonic stage, in light of the rapid and significant changes affecting global monetary systems in the wake of Covid-19, it would seem wise to expect the hitherto unexpected.

Interview: Basel Al Haroon Where do you see potential for Kuwait’s banking industry in the coming years, and how do you expect lending to evolve amid rising interest rates? BASEL AL HAROON: Kuwait’s banking sector demonstrated its resilience during the global financial crisis and Covid-19 pandemic. The low interest-rate environment since 2020 and pandemic-related moratoriums have resulted in loan growth. As rates increase and borrowing becomes more expensive and therefore less attract… 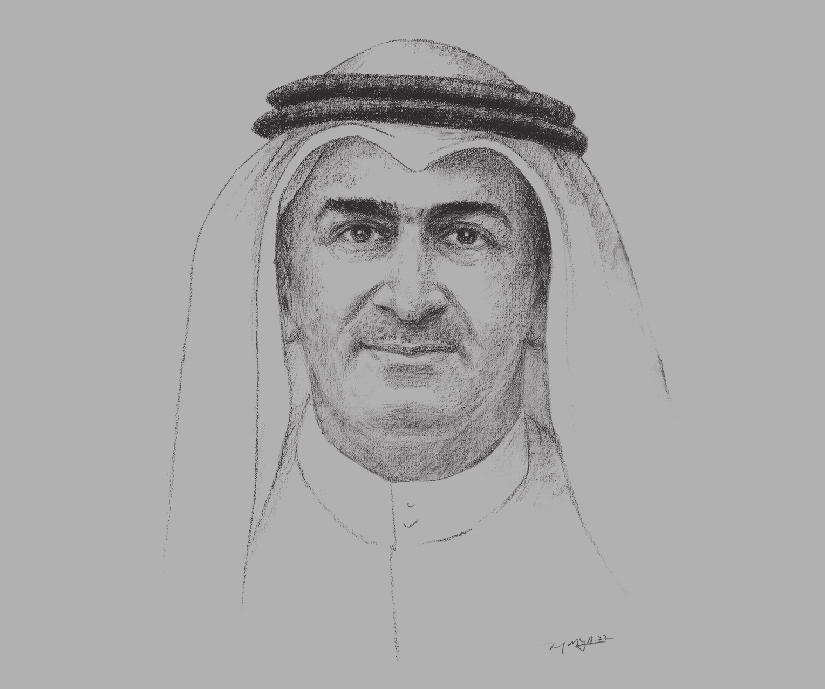