This article also features in The Report: Thailand 2012. Read more about this report and view purchase options in our online store.

What trends have you been seeing in advertising revenue for print media in Thailand?

SUPAKORN VEJJAJIVA: Overall media spending has gone up, but only because of the rebound in TV. Spending on newspapers is not growing quickly at all, with only about a 1% rise over last year. However, our ad revenue has in fact increased by 18% year-on-year, so we are doing quite well. It’s different for The Bangkok Post, because a lot of our advertisers are in high-end property development and luxury goods. We have seen a big rebound in both of these segments, so that is probably why we are ahead of the market. Ad revenue for our Thai paper has also gone up because of increased spending by the banking and financial sectors, as well as because of government agencies’ spending.

How is the print media sector changing? What opportunities does this present?

SUPAKORN: I don’t expect to see the emergence of new English-language daily newspapers. We may see a weekly or a monthly magazine, perhaps, and we will definitely see more online media appear over time. In fact, we launched a new English-language site in October 2011, and a Thai site in September. Many regional print publications have emerged in Phuket, Ko Samui and Pattaya. Their print editions integrate well with online offerings, especially for local advertising. We have signed partnerships with a number of these papers, and now have licensees in Phuket, Chiang Mai, Ko Samui, and Hua Hin for classified ads. However, it doesn’t make sense to do printing tie-ups with these local papers, because it is easy to print in Bangkok and send copies.

Is there space for a free newspaper in Thailand, on the lines of the free daily Metro?

SUPAKORN: We launched a free Thai-language daily newspaper in Bangkok in October 2011. We looked at the market for office commuters, who didn’t have a paper, an internet site or a TV programme that really serves them. They get their news on the internet or read the papers their office buys for them every morning, but we didn’t think they were adequately served. So we thought that a Metro-style paper could easily serve the 3.5m urban professionals in Bangkok who are commuting by the sky-train, subway, luxury buses, boats and so forth. We’ve published 500,000 copies a day since October 2011. As the first free newspaper in Thailand, readable in 20 minutes, it is an advertising vehicle with direct access to this market. The Nation launched an English-language free paper five years ago, but it failed, we believe, because it was not in Thai. This is an area where we think the market will grow significantly. Hong Kong has five large free newspapers, with distribution of over 400,000 each. On average we think The Bangkok Post, being a niche publication, is still being read by four or five people per issue, either in a family or in an office. We are growing a bit in Phuket and Chiang Mai, but less in Bangkok, because people are increasingly getting information online. Our Thai paper is growing in Bangkok because most readers are from small and medium-sized enterprises – people who still need to pay for business information. But for topics like sports or entertainment, there’s no need to buy a paper, since you can get the information for free.

What are the hurdles in getting quality journalists?

SUPAKORN: It is very difficult to find English-speaking journalists because of the language, but I think the general problem with journalism here is you get a lot of media graduates without specialised knowledge. When they cover topics like business, finance and more complicated subjects they actually need sector knowledge or experience. So we find it difficult to find staff and when we find them we try to get them to stay. But we can also get good people from abroad with experience, because it is not hard to convince people to live here. There have been reports of journalists being paid for coverage, or to include certain pictures. It is in everyone’s interests to stamp this out. Thankfully, the Thai Journalist Association has strong ethical standards.

Interview: Maryam Eid AlMheiri How are government entities encouraging the establishment of small and medium-sized enterprises (SMEs) in the local media industry? MARYAM EID ALMHEIRI: SMEs employing fewer than 20 people represent 83% of the Media Zone Authority’s partners. In order to build a sustainable media industry in Abu Dhabi, we have worked to attract talent from all sectors and to support this talent with up-to-date infrastructure, regulations and services. One example of succes… 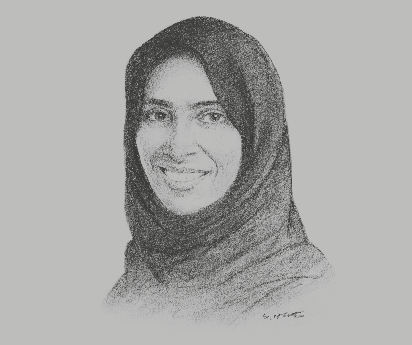