This article also features in The Report: Kuwait 2014. Read more about this report and view purchase options in our online store.

What impact will the recent legislative changes have on trade and the investment environment?

MESHAAL JABER AL AHMAD AL SABAH: Kuwait has witnessed the recent approval of a host of economic laws, namely the Companies Decree Law No. 25/2012 as amended by Law No. 97/2013 and Law No. 116/2013 for the Promotion of Direct Investment in the State of Kuwait, which replaced Law No. 8/2001 and the Kuwait Foreign Investment Bureau with KDIPA.

Such advances are widely perceived as a step in the right direction towards improving the investment environment in Kuwait. They also help ensure that Kuwait’s business climate is more accommodating to different types of legal entities, allowing various entry modes into the economy and paving the road for modern legislation that enables our country to achieve its long-term economic goals.

I believe that this progressive trend of improving the regulatory and legal framework will continue with the passage of other enabling laws, such as Law No. 111/2013 for Commercial Licensing; Law No. 98/2013, establishing the Small and Medium-Size Enterprises National Fund; and Law No. 20/ 2014 for electronic transactions, which is expected to ease government transactions and will also regulate electronic transactions, mainly those that apply to e-records, e-signatures and e-archiving.

In what ways will the special economic zones (SEZs) enhance the business landscape in Kuwait?

AL SABAH: KDIPA is in the process of finalising a feasibility study to determine how to optimally develop and manage its three SEZs. The study’s outcome will include a master plan that details areas of strength in terms of sector selection, and suggests how to address a number of economic, regulatory and marketing challenges. The SEZs were established to align the economic development objectives of the country – enhancing economic diversification, creating favourable conditions to support the private sector, increasing the proportion of Kuwaitis engaged in the private sector workforce, providing quality training opportunities and fostering Kuwait’s export potential.

To what extent are KDIPA’s initiatives focused on sectors that will help diversify the economy? How can policy be enhanced to ensure success? 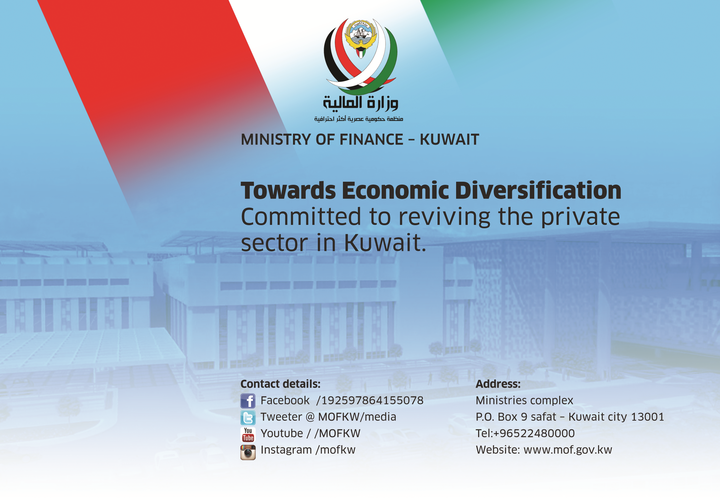 AL SABAH: Kuwait’s economy is dominated by the oil industry for its productive base, and export and revenue sources. Diversification has been a long-term goal pursued as part of the overall economic development strategy for the country. Our policy in this regard stems from the mandate we are entrusted with under Law 116/2013. KDIPA, as an economic implementation arm of the government, and along with other public entities, will exert every effort to achieve this goal by supporting value-added investment projects and forging viable partnerships in various sectors.

How is KDIPA working to attract foreign direct investment (FDI) from new partners?

AL SABAH: KDIPA will act in accordance with its designated mandate, which gives it the tasks of attracting direct investment from local and foreign investors, branding Kuwait as a favourable investment destination and conducting targeted promotional campaigns, among others. An FDI targeting policy will be formulated in accordance with the strategic plan that has been developed in line with our country’s general policies and development priorities.

How can Kuwait take advantage of its location to benefit from enhanced cross-border FDI?

AL SABAH: Kuwait is located at the northern-most part of the Gulf – with easy access to the hinterlands of the country’s northern neighbours and beyond. These countries can use Kuwait to extend their reach south via our transport network of roads, ports and airport. The transportation infrastructure being planned or under development reflects this demand.

Dynamic development: The authorities are pursuing strategies to transform the country into a regional centre for trade and finance

Situated in the north-western corner of the Gulf, bordered by Iraq and Saudi Arabia, Kuwait is a hereditary constitutional monarchy and a founding member of both the GCC and the Organisation of the Petroleum Exporting Countries. The country’s plentiful oil reserves have provided a strong platform for economic development and prosperity. Kuwait has rebounded strongly from the disruption of the Covid-19 pandemic, and public finances have been bolstered by elevated oil prices in 2021-22. With on…