This article also features in The Report: Morocco 2019. Read more about this report and view purchase options in our online store.

How has Morocco’s renewable energy programme proved a success so far?

BERTRAND PICCARD: Morocco has very limited fossil fuel reserves, and it has had to adapt its energy strategy to this deficit. Despite being advised not to invest in local renewable solutions by leading strategic consulting firms around the year 2009, the authorities were wise enough to launch a vast development plan focused on solar, wind and hydroelectric capacities, with an initial goal of generating 42% of its energy mix from renewable sources by 2030. The good news is that Morocco has been right on schedule in reaching this aim. As such, King Mohammed VI set a new goal of 52% during the COP21 UN Conference on Climate Change in Paris.

Today, the kingdom is both producing cheap electricity and creating jobs as a result of their right decision. What is important is that this also proves to everyone that, when they are carefully planned and located in the right geographic and geological areas, renewable projects are economically feasible. Starting early also allowed the kingdom to follow a steep learning curve. It managed to develop highly technical projects such as concentrated solar power systems, which solve the issue of intermittency by storing energy to use at peak times.

This success story could inspire other developing countries, which spend a lot of money every year on importing fossil fuels to run their economy, when they could be producing their own energy locally through renewable solutions. These options are no longer only accessible to developed countries. Today, there are simple solar panels that can both power irrigation pumps to enhance agricultural capacity and provide electricity to a small village. It is commonly said that $1 invested in renewables in developing countries creates $30 of added value.

Another positive outcome of the Moroccan initiative is the fact that a number of Middle Eastern sovereign funds have contributed to the financing of these projects. This shows that even traditionally oil-producing countries are looking to mitigate their risks by investing in renewables. In other words, this is no longer a trend driven by ecological goals alone, but also by economic profit.

What actions can Morocco undertake to further promote energy efficiency?

PICCARD: Producing electricity through renewable solutions is surely a positive step, but at the same time Morocco must work towards mastering its energy consumption. With growing industrial needs and a notable trend towards urbanisation, the country will inevitably see its energy requirements increase significantly. Energy efficiency initiatives should be rolled out to spread awareness among the population and impose rules on economic operators.

The creation of the Moroccan Agency for Energy Efficiency is a positive first step, but it should be granted more extensive powers in order to better carry out its mission in Morocco and the rest of Africa. Better management of how energy is distributed could also improve the country’s short-term prospects. Smart-grid solutions can provide both national and regional authorities with tools that enable them to better allocate energy flows.

Additionally, Morocco could benefit from improving and extending its energy mix beyond solar, wind and hydroelectric power. For example, some initiatives use industrial waste to fuel biomass-fired boilers, especially in the concrete segment. This idea could be duplicated in other industrial segments and become a significant source of energy production.

Lastly, the country must remain an ambassador of goodwill on the international stage in order to lead the way on the African continent. Its recent commitment to reduce its gas emissions by 13% by 2030 is an example every country should follow. 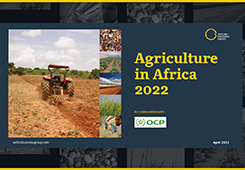