This article also features in Africa: Year in Review 2021. Read more about this report and view purchase options in our online store.

– The continent saw growth this year, although its recovery remains fragile

– A key issue is low vaccination rates, with much of the region still unvaccinated

Driven by a combination of higher commodity prices, the relaxing of lockdowns and a recovery in global trade, Africa has had some success in overcoming the recession provoked by the coronavirus pandemic and returned to growth in 2021.

In its most recent outlook, released in October, the IMF predicted that the continent as a whole will see growth of 5.1% this year, with North Africa to expand by 6% and sub-Saharan Africa 3.7%. The global average is slated to be 5.9%.

However, the World Bank has emphasised that the recovery is a fragile one, particularly in light of the continent’s vaccination rates, which remain low despite the efforts of national and international bodies over the course of the year.

Elsewhere, the Covax initiative – run by the World Health Organisation (WHO) – has recently intensified its efforts to ensure a flow of vaccines reaches Africa. To date, over 90m donated doses have been delivered to the continent through Covax and the African Vaccine Acquisition Trust.

But this is still far below the required quantity. According to a recent report from the Mo Ibrahim Foundation, only five of the continent’s 54 countries are likely to reach a WHO target of fully vaccinating 40% of the population by the end of this year.

The report attributed this to the shortage of vaccines, although it also highlighted issues including weak health care systems, underdeveloped infrastructure and limited civil registration capacities.

A further issue is widespread vaccine hesitancy, although many countries are adopting strategies to address this.

Mauritania provides an example of regional best practice in this regard. The country’s second vaccination programme launched in June, on the back of a rather ineffectual first programme earlier in the year.

In order to boost uptake, the government launched awareness campaigns, mobilising national media, religious leaders and youth associations. In addition, it opened more than 900 vaccination centres in public sites, including mosques, ministries and the exit routes of major cities.  These efforts resulted in a notable uptick in people receiving vaccinations.

The recent discovery of the Omicron variant in southern Africa has given rise to claims that the continent’s low vaccination rates could facilitate the emergence of new coronavirus variants. It remains to be seen what effect this variant will have on the region’s recovery.

Elsewhere, structural reforms were carried out in various countries in response to the pandemic. Among them, the World Bank has praised the unification of exchange rates in Sudan, fuel subsidy reform in Nigeria and the opening to the private sector of the Ethiopian telecommunications sector.

Another significant shift has been a growing emphasis on the importance of renewable energy, with many countries in the region demonstrating an appetite for boosting the sector. For example, Egypt aims to generate 42% of its power from renewable sources by 2035.

However, only two African countries – namely South Africa and Malawi – have committed to net zero by 2050.

Poor-quality roads and a lack of transport infrastructure have long stymied trade in Africa: according to the AfDB, the continent needs $130bn-170bn of annual investment in infrastructure such as roads and railway just to meet baseline targets by 2025. The pandemic only intensified the effects of such obstacles.

In this light, one of the major milestones for the continent in 2021 was the launch of the African Continental Free Trade Area (AfCFTA), which came into effect on January 1.

The AfCFTA requires members to remove tariffs on 90% of goods, facilitate the movement of capital and people, and take steps to create an Africa-wide Customs union, which could significantly boost regional trade. When fully operational by 2030, the AfCFTA is expected to cover a market of 1.2bn people with a combined GDP of $2.5trn.

It is widely hoped that the AfCFTA will give rise to an increase in the coverage and quality of infrastructure across the continent.

Among the sectors that are expected to benefit from this is the textile industry, particularly in West Africa.

At present, however, the West African cotton and textile industry is concentrated at the early stages of the global supply and value chain. Concerted efforts are therefore being made to bolster the supply chain and increase processing capabilities across the region.

A significant development in this regard came in June this year with the opening of the Plateforme Industrielle d’Adetikopé Textile Park in Togo, an initiative which aims to transform the country’s apparel industry value chain, as well as boost exports of cotton textiles and finished garments.

On a similar note, the African sugar industry also stands to receive a significant boost from the ratification of the AfCFTA.

Perhaps the most significant positive outcome of Covid-19 in the region has been the acceleration of the spread of technologies associated with the so-called Fourth Industrial Revolution (4IR), among them artificial intelligence, the internet of things, big data and blockchain.

Progress towards this was already under way in Africa prior to the pandemic. In Kenya and parts of West Africa, for instance, blockchain was used to verify property records, while Ghana-based companies Farmerline and Agrocenta used mobile and web technology to support farmers.

South Africa is another regional leader: published this year, the inaugural African Tech Ecosystems of the Future rankings put the country in first spot in terms of its overall tech ecosystem.

The report also found that Lagos, Nigeria, had the highest number of start-ups in Africa. Meanwhile, in a ranking published in July by statistics firm Statista, in 2020 Nigeria was the leading country for Bitcoin and cryptocurrency adoption.

Many now see the 4IR as key to Africa’s post-pandemic rebound, with various factors standing the region in good stead to take advantage of it.

For example, in recent times Africa has seen a massive expansion in mobile technology, with consumers leapfrogging traditional development channels and going straight to digital services, particularly with regard to banking.

Africa also boasts high numbers of young people, a demographic dividend which is already bearing fruit in terms of the 4IR.

More than 400 tech clusters have sprung up across the continent, largely thanks to the efforts of young people, with three key centres – Lagos, Nairobi and Cape Town – achieving global recognition.

In Algeria, meanwhile, the Ministry of the Knowledge Economy and Start-ups – a department created a little over one year ago – is working to boost the sector by way of three principal focuses: the establishment of a regulatory framework to encourage innovation; the implementation of funding mechanisms that better meet the needs of start-ups; and the development of support structures to nurture entrepreneurship in high-tech sectors.

Similarly, in Morocco it is hoped that increased digitalisation will serve to drive innovation, as well as expand financial inclusion. To this end, the country is working towards a fully digital financial environment, although a strong preference for cash-based transactions remains an obstacle in this regard, as it does elsewhere in the region.

Indeed, a broad range of challenges needs to be surmounted before the full potential of 4IR can be leveraged in the region. The UN Conference on Trade and Development’s “Technology and Innovation Report 2021” found that Africa as a whole was the world’s least-prepared region to take advantage of 4IR technologies.

Aside from a preference for cash, key hurdles include ICT infrastructure gaps and an undercapitalised start-up ecosystem.

Education is another, both in that education systems in the region are often inadequate, and in that there is a mismatch of skills, with many people not given the right training to take advantage of 4IR.

Various initiatives are taking steps to address this, however. The AfDB, for example, runs the Coding for Employment scheme as part of its Jobs for Youth in Africa strategy. The programme provides equipment and training to give young people the soft and interpersonal skills required in many 4IR sectors.

Government bodies are also playing a role. In Egypt, for example, the Ministry of Communications and Information Technology has launched various CREATIVA knowledge and innovation centres to train youth in tech-related skills that align with market demands. In March this year the ministry was granted a second tranche of funding to cover the second phase of the initiative. 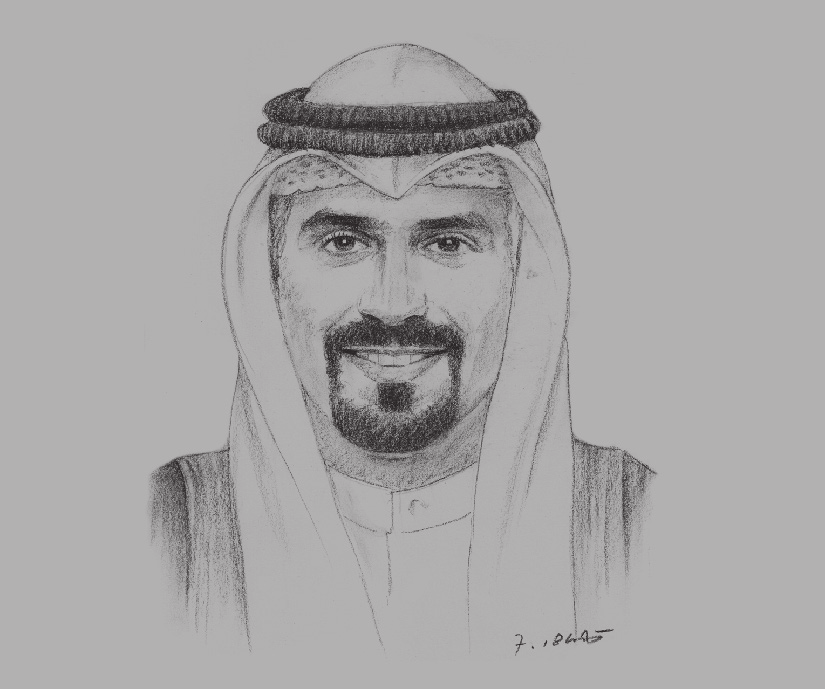